PERILOUS TIMES ARE HERE : IT’S TIME FOR ALL CHRISTIANS TO SPEAK UP!

I have been amazed at how many people are shocked to having their eyes opened to learn the truth of just how much evil and corruptness there is in the world as it is now being exposed more and more.  When people call themselves “Christian” yet are abusive, controlling, lying, sexually perverse, and worse whenever they leave the presence of their church.  We have to look at the actions of people and not their words. The world is expected to be evil but those who are in the church who call themselves Christian yet are verbally abusive to their spouse, yell at their children, get drunk, behave sexually impure, live immorally, cuss, and lie every day.

People are finally waking up to learn that the liberal news sources that they have been watching their whole lives (CNN, NBC, ABC, CBS, MSNBC, even at times FOX) are lying to us and have been for years…it’s just been that during the last year it has gotten worse and much worse.  The enemy in the people who work for them has a very evil agenda in trying to control and manipulate them to hating things that are good and trying to portray things that are evil as good.  Let’s face it….the media is against Jesus Christ and God and all values that are important to living a good life.  Therefore they will try to convince people that anyone and anything that is good is actually bad.  That is why you see the news coming against President Trump so strongly more than any man in the history of the world by trying to convince people he is bad and not good.  People have to discern that whenever the liberal news sources say something is bad….then it is actually good.  And when they report that a person or situation is good…the people and situations are usually bad.  The enemy (Satan) and his demons know how to control people and that is by taking over the news sources, universities and churches.  Yes churches.  The church in large part does NOT want people to be delivered from the demons tormenting them.  That is why the church is such a mess.  That is why the US government had them agree to not talk about various political candidates when they agreed to give all tithers a tax break on their taxes if they donated to the church via the 501 (c)(3) Johnson Amendment since 1954.  President Trump spoke at a prayer breakfast on May 2, 2019 and told the pastors that he got rid of the Johnson Amendment so that they could speak out on which candidates to support and tell the truth.

So it seems ridiculous but we have been brainwashed for a long time and now have to repent and retrain ourselves on what exactly is evil.  People have been calling evil good and good evil for many years which is exactly what Isaiah 5:20 talks about . We can no longer believe people who say they are Christians anymore because most are not as of what the Bible says. 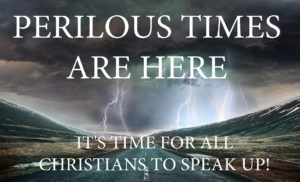 3 But know this, that in the last days perilous times will come: 2 For men will be lovers of themselves, lovers of money, boasters, proud, blasphemers, disobedient to parents, unthankful, unholy, 3 unloving, unforgiving, slanderers, without self-control, brutal, despisers of good, 4 traitors, headstrong, haughty, lovers of pleasure rather than lovers of God, 5 having a form of godliness but denying its power. And from such people turn away!

20 Woe to those who call evil good, and good evil; Who put darkness for light, and light for darkness; Who put bitter for sweet, and sweet for bitter!

So here goes…for those who are confused…the things below are just some of the things in the world that are evil that evil people are calling good:

We have to all wake up and stop accepting what is being fed to us from the liberal media, universities and even the mainstream church.  We must pursue righteousness and holiness.  Forgiving people for hurting us, humbling ourselves, repenting for our sin and pursuing a life aligned with Christ.  We must ask the Lord to speak to us and then do what He says.

The world is getting worse and worse and they have been infiltrating the church for a long time.  Satan knows that he needs to get as many of his people in the church to control godly people and will do everything to come against people getting truly delivered from the demons tormenting their minds.  In the U.S. alone there are over 1.4 million witches who attend mainstream churches. As people get more delivered then their discernment level will increase and their spiritual eyes become more open and they can truly understand who and what is good and who and what is evil.

The world is never going to be the same again.  2020 was a year of great shifting and the evil in this world is being exposed more than ever.  Are God’s people going to stand up for righteousness and purity and do something about it – or are they going to shrink back and shut their mouths and let Satan take more control?  Too many Christians have kept quiet and allowed the enemy to take over.  It’s time that the silent majority become more vocal for Christ and take back what the enemy has stolen.  Do not cower in fear anymore because look at how evil this world has become.  Disney is after our children to replace godly values with evil.  Hollywood has corrupted so many lives and the movies that they put out are to control your minds and decisions.  What kind of music do you listen to daily? Enough is enough…it’s time to take back for Christ all that is ours as He laid His life down for us.  Speak up and no longer be the silent majority…be the vocal majority for Christ!

One Reply to “PERILOUS TIMES ARE HERE : IT’S TIME FOR ALL CHRISTIANS TO SPEAK UP!”