The Leviathan Spirit Causes People to Operate Like Modern-day Pharisees

Other behaviors that one can notice if Leviathan is present are impatience and running ahead of God. This can be due to over-excitement, lack of patience, lack of Godly wisdom and even desiring spiritual prominence. The Bible tells us to be zealous, but unfortunately one can be overzealous. This over-zealousness is one of the major strongholds of the Leviathan spirit that God wants to deliver us from.  He wants us to be at peace and under control, not doing a hundred things at once with constant failures in ministry and confusion. 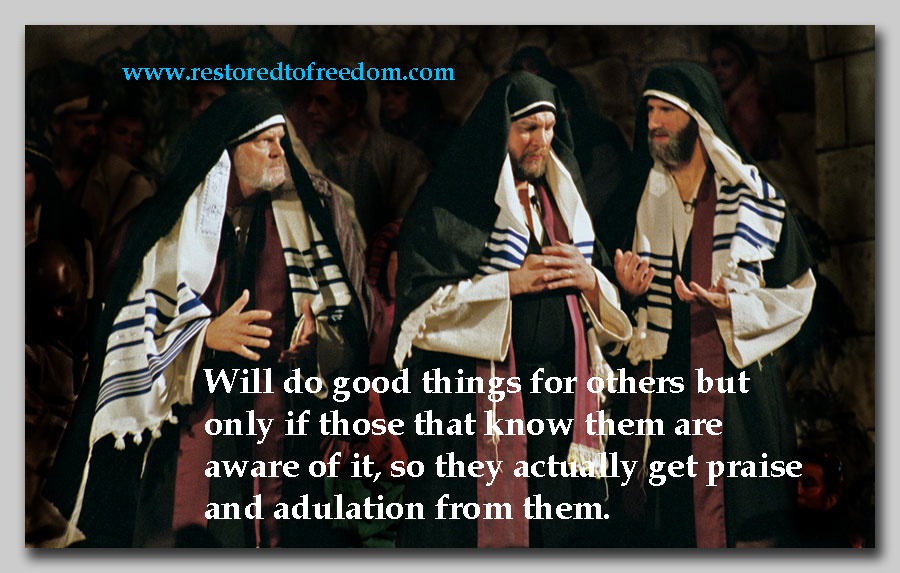 Your flesh can be over-excited and driving many of your behaviors. Instead of using God’s wisdom and timing to reveal the revelations He gives to you, you are careless, immature and want it in your timing. Patience is not a word that describes someone that is being influenced by the spirit of Leviathan.  You want it your way and you want it now.  Instead of producing fruit, these revelations cause people to become wary and cautious of you because they were not ready to ‘hear’ what God was saying.

Your heart has always been to help others, but you are also very much aware that there is an element within you that desires self-recognition and the spot light. This was the result of wounds of inferiority and lack of self-worth. Not only would you seek to glorify God, but you had a secret desire to glorify self too.  It is important that you repent to God for viewing His glory and His works in an idolatrous way. You put your need for these things ahead of God when we really should be content with simply being with and knowing God. You may pray regularly to God for manifestations of His presence lest you become bored. Manifestations of His presence should always be for His glory, not our own selfish desires.

They will also suffer from false humility and self-righteousness; always telling others just how much they have had to go through in their lives and to get people to feel sorry for the cross that they have had to bear.  They will exhibit behaviors to appear as if they are always giving their time to “help” others when in reality they are trying to get people to praise them for doing things for others.  They will never do anything without wanting recognition from others.  Think of them like modern day Pharisees who will do good things for others but only if those that know them are aware of it so they actually get praise and adulation from them.  They are like whitewashed tombs which indeed appear beautiful outwardly, but inside are full of dead men’s bones and all uncleanness.

They also try to justify their actions and convince people that they are right. Usually this is a result of an inferiority complex. Judging and having a critical spirit is another trait of those who carry this spirit. Discord and contention will be prevalent and confusion and mind blocking is a major attack of Leviathan. It brings in a spirit of distortion that will twist words so that you will hear differently than what people are actually saying.  For example, if someone tells you that you look nice today, you will ‘hear’ sarcasm and believe they are really telling you that you look terrible.  Or if someone asks if you need help you will twist it and take it personally that they think you are dumb and do not know what you are doing.  Leviathan desires to divide and cause conflict and contention constantly.