Getting Physical Healing Through Deliverance of Spirits

This past weekend I was able to participate in a launch of a Healing Rooms at Deeper Life Church in Redondo Beach, CA as well as to connect with people at Bethel Church in Sanger, CA and in a personal home in Fresno, CA. I really enjoy working personally with people because I love seeing the Holy Spirit get to the root of the issue to dislodge what needs to be done from a spiritual perspective instead of immediately praying for physical pain like I was initially trained on by a church that did not follow the Holy Spirit. When I first opened up my own Healing Room back in October of 2015 the Lord told me to always get insight on what was going on in the person’s life by first getting a word from the Holy Spirit. The reason was that often times the pains were being caused by the enemy spirit and were not due to a fall, car accident or other physical trauma.

So what I do is ask the Lord for a word and then I speak out what I hear. I have found that the Holy Spirit knows exactly what needs to be done because often times the person wanting prayer does not know everything that needs to be addressed to get to the root of the issue. A case in point was that this past Saturday a woman came to Deeper Life walking with the help of a cane. I told the woman not to tell me anything about herself because I did not want to be tainted with knowing insider information about her. I also did not want to know from her perspective because it could cause me to think what to do from a “let’s fix the physical pain” when it was actually an emotional and spiritual issue. 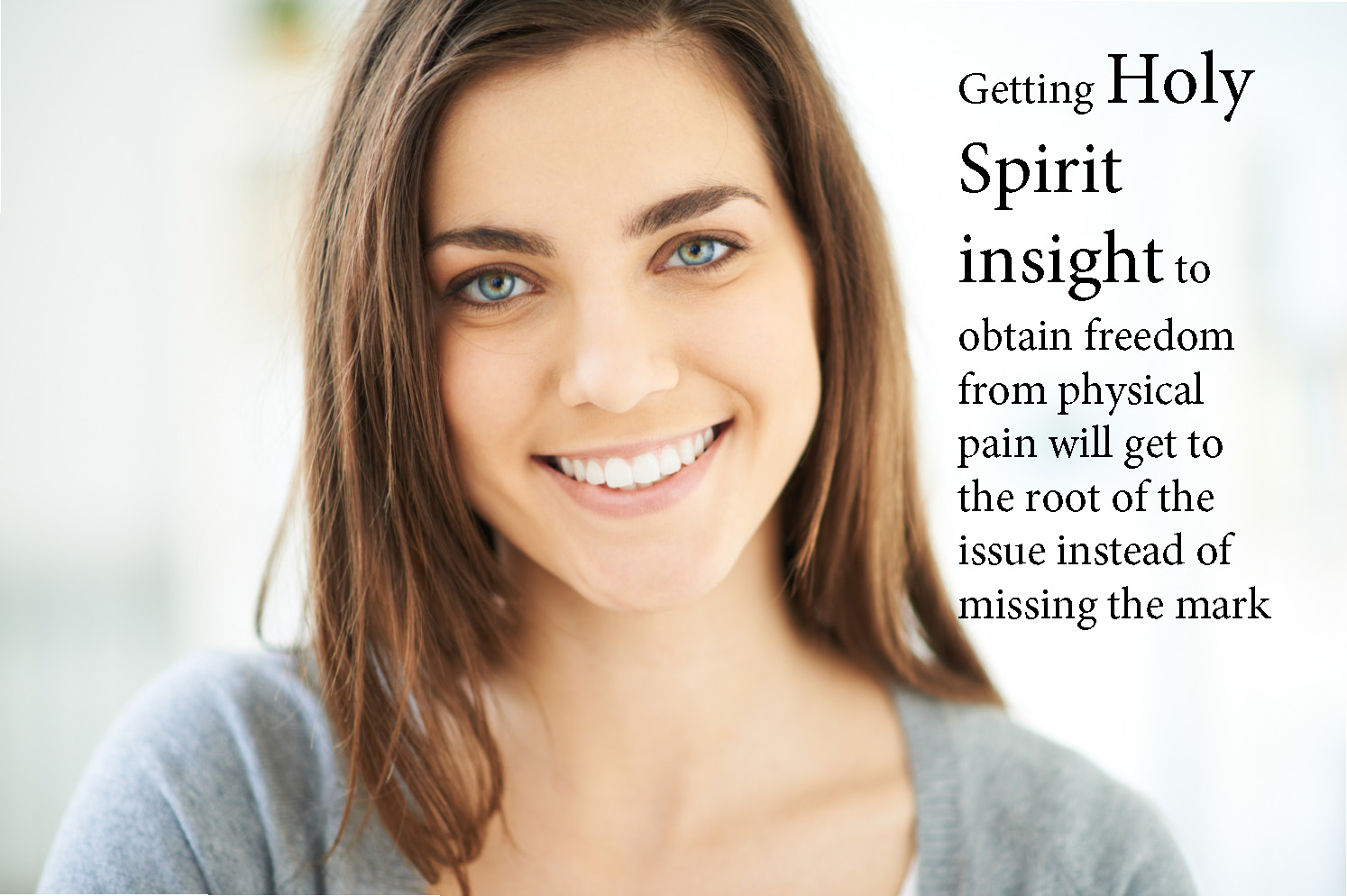 So I got quiet and listened to the Holy Spirit and got a word for the woman. The word stated that the woman had endured some strong rejection from her father as well as received harsh words from him when growing up. This pain had caused her to listen to the enemy whisper to her that “you cannot trust your father…..you need to only trust yourself.” Also she began to feel like she had to control her circumstances and make sure in her relationships that she got her own way instead of walking in peace and not striving. Ultimately the spirit of Jezebel and Leviathan were able to start co-existing in her to cause her to sabotage relationships based out of fear.

So the Holy Spirit was able to uncover things that needed to be addressed instead of just praying for what she was dealing with. What she had was a pain in her hip and back that had persisted strongly since 3 months ago that caused her not to be able to work. So I led her through some powerful renunciation prayers to gain freedom from the spirits of Jezebel and Leviathan as well as generational curse prayers and then she got healed because there was nothing blocking her that had a right to be there from a spiritual perspective.

This is what I have learned over the past 2 years – that the majority of physical pains and infirmities are the results of a person enduring emotional pain from their childhood. I also met with a woman who was Jewish at the Healing Rooms. She had pain in her back and also pain in her heart from father wounds that caused her to sabotage a relationship with a good man. Upon initial thoughts she said her father was good to her. But later she became more transparent that he actually had said many harsh words to her and at times was physically abusive. Again she took her authority in the spirit and commanded the spirits of Jezebel and Leviathan to go and then became healed from her back pain. Also gave her life to Jesus. How about that? Holy Spirit is so perfect to fix the issues.

I also ministered to a women from Sanger, CA and Fresno, CA who also received major life changing freedom through declaring the prayers in my book Restored To Freedom, which is changing thousands of lives and saving marriages each week around the world.

So it is key to hear from the Holy Spirit to get insight on exactly what needs to be done instead of just firing off a prayer for physical healing and then missing the true mark to pull out the true root of an issue.

5 Replies to “Getting Physical Healing Through Deliverance of Spirits”