More people around the world being freed from Jezebel & Leviathan

Last night we had our 3rd Worldwide Deliverance Session on Facebook LIVE at www.facebook.com/restoredtofreedom.  As of this morning almost 1,000 people around the world have viewed the session.  There will be thousands more that will view it over the next week and beyond. God is definitely on the move to get His church pure and righteous before Him.  So many people who want to be totally freed in order to come into a stronger spiritual level in Christ.  Many who have suffered a lifetime from father wounds that have caused them to partner with the Jezebel and Leviathan spirits.  These spirits then tormented their thoughts driving them to fear, control, manipulation, sexual selfishness, twisting the truth and pride.

I am so excited to see that the world is finally waking up like never before to the reality of the truth that Jezebel and Leviathan are the top spirits causing people to strive in their relationships, ministries and lives.  They are the main spirits involved in divorces.  When I was doing ministry out in California the past 3 weeks, I had a couple that the Lord brought to me who were planning to divorce.  I met with the wife first.  Then the husband the next day.  Jezebel, Leviathan and Ahab were brought to their attention and then they took their authority to kick them out.  They both attended a new church on Sunday and took their beautiful daughter with them.  They are now wanting additional mentoring as they know how real the spirits were.  Peace has replaced the strife that was so prevalent. 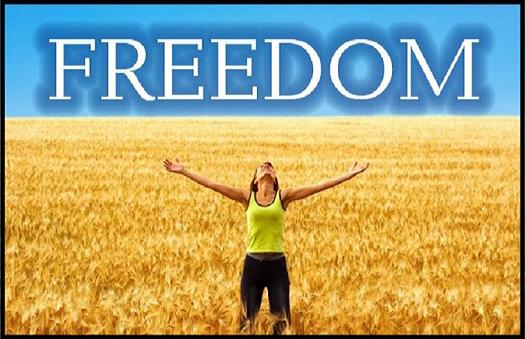 I also met with a woman up at Bethel in Redding on Good Friday.  She had already attended the 4 pm service but something told her to stay for the 6 pm service as well.  I entered the civic auditorium in Redding at 5:15 pm and felt led to sit in the 2nd row in the center.  Around 5:30 pm the woman came to sit down in the front row right in front of me.  10 minutes later she felt led to ask me a question.  Then the Lord prompted me to ask her why she came to the service. She said that she had received a SOZO counseling session but did not receive the healing she wanted.  She said she was tormented for the last 15 years.  The Lord told me to ask her about her father situation growing up and it was not good.

I told her what I had seen in my ministry around the world and instantly she realized she had the Jezebel and Leviathan spirits.  I gave her my book Restored to Freedom and told her that it would explain everything and when she prayed the powerful renunciation prayers at the end that she would be set free.

The next morning I took a tour of Bethel’s Healing Rooms and the woman approached another man who had accompanied on my trip that week.  She told him that she stayed up until 1:30 am that morning and read all of my book. When she came to the renunciation prayers she felt resistance from the spirits not wanting her to take her authority and kick them out.  She persevered through and got them to leave.  She immediately felt peace for the first time in her life.  She also felt like heavy chains had lifted.  She got her healing.  Her whole countenance had changed.  She told my friend that she never sits in the front row of a service but something told her to that night.

When the Holy Spirit is leading a great movement to clean and purify His church, expect to see miraculous encounters.  I am seeing hundreds of divine appointments occurring every month in the lives of people around the world as they are connected with Restored to Freedom and then have major revelation of what they have been dealing with for a lifetime.  I am so blessed to be able to see so many lives changes, marriages saved, and ministries purified.  God is on the move!!