The Lord’s agenda will be accomplished

The Lord has given man a freewill to choose to love Him and serve Him or to choose to serve and love the enemy.  The enemy will try to come on a person to hurt them through other people and then cause them to blame the Lord instead of the real culprit.  When it comes to relationships, one deals with many factors but it all comes down to who do you want to serve.  The Lord’s ways are to be honest, pure, have the highest integrity and operate in a godly manner in all your ways so that He can bless you with the desires of your heart.  But if you willingly choose to hide in lies, deceit and abuse and do not want to change your life, then the Lord allows you to.  Unfortunately choosing to serve the enemy in this manner will usually have detrimental affects on your relationships in general,  specifically with your mate,  and with God.

There comes a point in a person’s  life where they must look in the mirror at themselves and decide if it is worth living in sin and lying to others while deep inside knowing that God knows the truth.  You may be able to operate in a Jezebel and Leviathan spirit for 40 or 50 years or more and have some people fooled, but God knows the truth of who you are behind closed doors and He will eventually expose it, sometimes for all the world to see.  If you pretend to be a godly person in front of the church, while berating your spouse in your car on the way home and abusing them for many years in private, the Lord sees it all.  If you are dating a woman while pretending to be a godly man, then pushing her to have sex before you are married, God will not bless you.  God will not tolerate those who are living lies of deception and hurting other people for their own selfish pleasures or gain.  It is time to clean your act up or you will face the consequences of your actions and decisions. 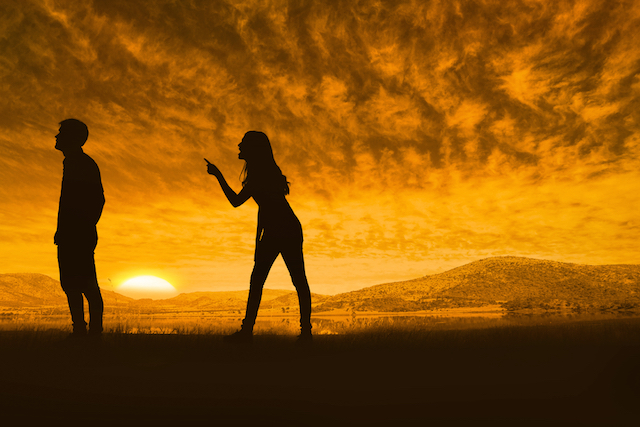 God is currently promoting, blessing and elevating those in the body who have been living clean, pure and godly lives.  While at the same time exposing those wolves in sheep’s clothing who have acted like they are godly but operate in a Jezebel / Leviathan spirit of selfishness, control and manipulation.  He does not want to have to expose them, as He wants them to come to a true repentance, to be honest, and admit that they have been operating out of an impure and unclean heart.  But when people are purposefully hurting other people in the church and in relationships, then He will eventually step in and expose the truth by shining the light on them.

When a person has been married to one who is operating in the Jezebel / Leviathan spirits, they know that their spouse has been trying to do everything within their power to shut them down from ministering to other people.  When the relationship is broken and severed and the abused victim finally separates in hopes that their abusive spouse will repent and tell the truth and change, yet their spouse chooses to lie and serve the enemy, then one of two things happens.  Either the Lord will release the abused victim to move on, or the Lord will tell them to wait just a little longer to give them one last chance to be honest.  Eventually after a certain time frame when the abuser has had time to look in the mirror and be honest yet chooses to continue to live the lie of their past, the Lord will then release their victim spouse to move on.

The Lord has an agenda in everyone’s life, and sometimes it involves a broader scale then just one’s immediate life.  Sometimes it involves affecting the lives of those in a local region, state, country or world.  When a person chooses to serve the enemy and not be honest, then the Lord eventually will  move from them and use someone else.  Kathryn Kuhlman had a powerful ministry that affected the lives of millions of people who were healed and delivered.  She said that the Lord told her that He had approached several other men to be responsible for her particular ministry but none would agree to do it because of the cost involved.  Yet she was open and willing to do whatever it took and was then blessed greatly as so many hundreds of thousands were miraculously healed.

If an abusive spouse chooses to divorce their victim spouse and continues to live a lie of deceit, then the Lord will eventually release the abused spouse to move forward.  Especially if the abused spouse has done everything in their power to help the abuser to get free.  Once the person who is operating in the Jezebel / Leviathan spirit has had the Lord give them perhaps hundreds of chances to admit the truth and come clean, but they chose not to, then the Lord will give them over to the perverseness of their hearts and their lives will get much worse.   The Lord still has an agenda and will move to a plan B or C in the spouse who is listening to the Lord.  They will be blessed greatly for sacrificing and suffering for the Lord.  And if they are in ministry, the Lord will divinely connect, protect and promote them in order to honor them for their servant’s heart.

It is time to be completely honest in your life. If you are operating in the Jezebel / Leviathan spirit and are controlling, manipulating and behaving in a deceitful and cunning manner, then you need to be honest before the Lord before it is too late.  Otherwise you could lose everything, including your salvation.  The Lord knows the heart.  Jeremiah 17:10 NKJV “I, the Lord, search the heart, I test the mind, Even to give every man according to his ways, According to the fruit of his doings.”  When the Lord has given you hundreds or thousands of chances to be honest, real and repent, there eventually comes a point when you will be out of time.  God will use other people in His ministry who are willing to be honest and pure and your door will be shut.