So many people in the world simply want to be loved unconditionally by another person in a committed marriage for a lifetime.  Unfortunately, most people have been hurt when growing up in their childhoods by fathers or mothers who were not present, distant, unloving, critical, controlling or at the worst case of the spectrum – had abused their children emotionally, physically and even sexually.  Then when the child grew up, he or she heard thoughts in their minds that they thought were their own but were not.  The enemy whispered thoughts into their minds such as “Your father did not love you,” “You cannot trust your father to protect you,” “Your mother wishes you were never born,” “Your father hates you,” “It is all your fault,” “You cannot trust anyone in your life to protect or love you,” etc.

The enemy whispered these thoughts to them, causing them to believe that the thoughts they were listening to for a lifetime were the truth.  Therefore, they began to replay those thoughts in their minds thousands of times, over and over their entire life.  They began to reason that they cannot trust anyone else in their lives, and that they must get their own way because whoever they marry will not look out for them and protect them since their father or mother did not. Therefore they become controlling and manipulative of their spouse during marriage causing much strife and friction. 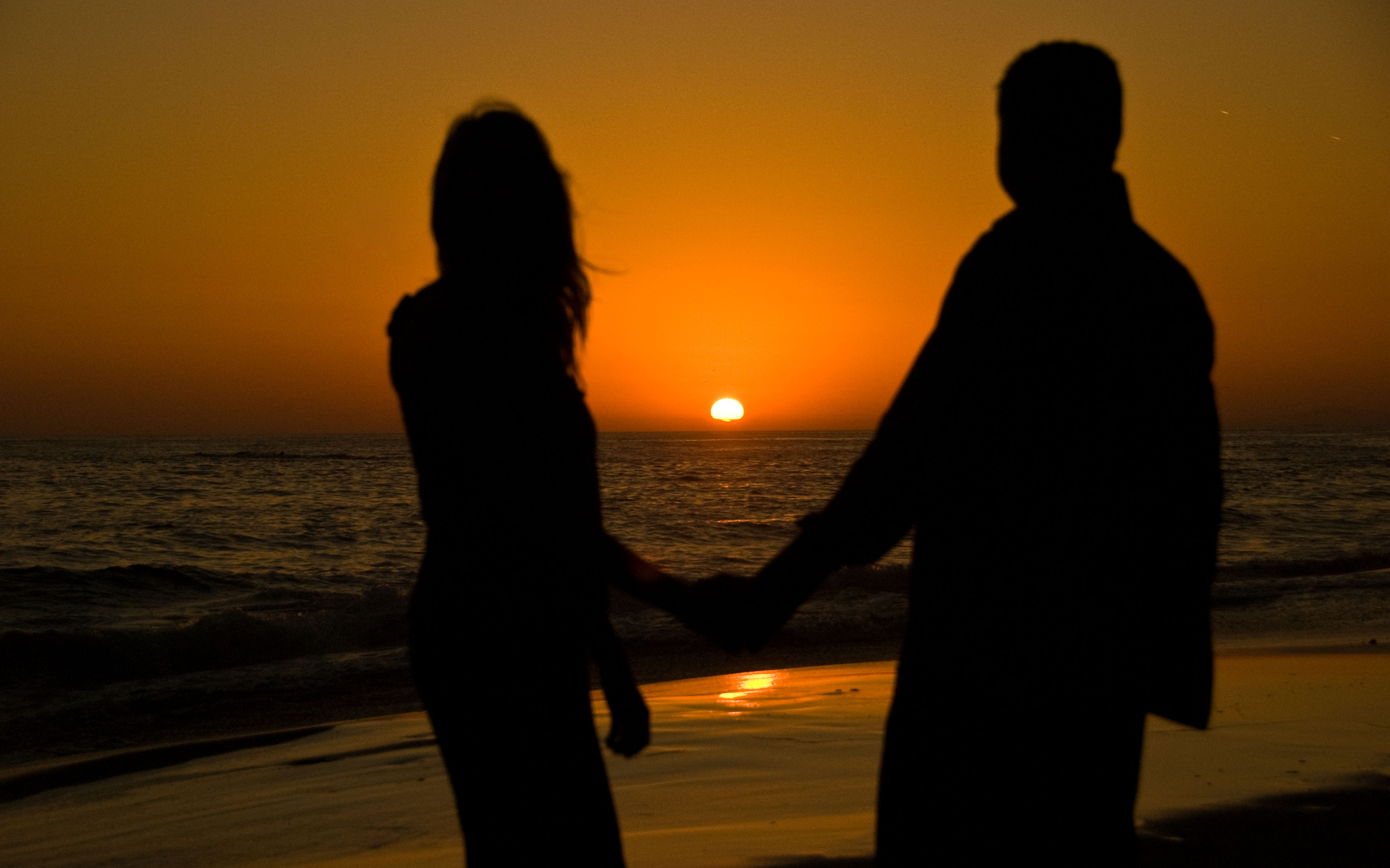 The most common marriage in the world today is one person who is very controlling, demanding and confrontational who marries someone who avoids confrontation and is very submissive.  You usually have one who is more of a taker who marries one who is a giver. Thus they are setup from the start for misery, disaster and failure.  The hidden spirits within each other are drawing them together and they are completely oblivious to what is actually occurring from the spiritual sense. They look on the outside of each other and if they are attracted to each other at all physically will forget about the spirits within each other until after they are married, and then it is too late.  Then they wake up one day and say “Why in the world did I ever fall in love with you as you have changed and become mean to me!”

People who control other people and would be considered to be type A aggressive are usually operating in a spirit of Jezebel.  Those who are more laid back and will not confront others who need to be addressed are usually operating in the Ahab spirit.  They are co-dependent on each other and, once married, will have a lifetime of strife due to one person always wanting to get their way over their gentler spouse.  If they don’t get their way then they will raise their voice, demand and manipulate the other person to do what they want until they give in.  The person who is being controlled will ultimately get worn out and feel emasculated from all independent thinking and become disillusioned in life until they feel like they are a puppet on a string. Many put up with this control for years but eventually it wears on them depending on the strength of the Jezebel spirit in their mate.  One day they may finally state “enough is enough” and separate or divorce (or if they still really love their spouse they will separate hoping to get them to be set free so they can stay married, but usually their spouse will divorce them as they have no more use for them if they cannot control them.)  Sometimes they will start to shut down emotionally and possibly physically, as they will feel like they are dying and becoming a zombie puppet.

These marriages which are wreaked with havoc around the world are being ruined unbeknownst to them by the enemy.  It is time for everyone in the world to wake up and realize that if you are having challenges in your personal life with relationships, that the enemy is most likely at work behind the scenes.  So many couples go to pastors and counselors for help.  Unfortunately most pastors and counselors have no idea how the enemy has been speaking to the couples and is the root of their issue.  They try to “counsel” the people by telling them to love and respect each other, which is all good, but never gets to the unhealthy root of the situation that is producing unhealthy fruit.  Unfortunately, if a Christian or otherwise has an enemy spirit who has a right to them through emotional wounds from their fathers and mothers, then they will not be set free.  Christians are affected by tormenting enemy spirits all the time.  Many of them simply need to be made aware that if they do not live in peace that the enemy is most likely at work behind the scenes, whispering to them in their thoughts which cause them to lash out at their spouse.  They are being told to control and manipulate their spouse and demand that they do something which will cause strife.  They simply cannot stop themselves.

I see many in my ministry around the world whose wives or husbands are pastors or leaders in the church, pray in tongues and even operate in the prophetic.  These people speak very controlling words and take unhealthy actions against their spouse.  That is what the spirit of Jezebel does to a person.  They literally hear the voice of the enemy in a very strong and real sense which tells them what to do and then they listen to it and do what they are hearing.  The enemy tells them bad things about their spouse and the act upon it.

Therefore, in order for a person to choose a healthy mate, they must be set free from the enemy having any rights to them, commanding any enemy spirits to go, and then being set free from old, unhealthy mindsets before choosing a mate to be married to.  Otherwise the person who has the Ahab spirit will unknowingly be drawn to someone with the Jezebel spirit and they will be tormented in strife forever.  This book was written in order to help people to be freed from the pains of their pasts so they can choose a healthy mate to live with for the rest of their lives.  No one wants to have multiple failed marriages or to live in a marriage full of daily misery?  There is nothing worse than having your mate loathe you and even undermine what you want to accomplish, especially for the Lord.  The enemy is always the reason why a marriage or relationship fails.

Most often you have two hurting people who come together hoping to be loved unconditionally by each other, yet both hear the enemy whispering to them in their minds, which cause them to speak words of criticism, harshness or worse.  Sometimes you can have one healthy person who marries a very unhealthy person.  In those cases the person who is unhealthy will demand their way so many times that it causes their spouse to no longer want to be around them.  Then when the spouse pulls away the unhealthy person will be driven by fear to control and force them to stay with them.  This never works as the person will pull away on a more permanent basis.

When people have successfully been delivered from any enemy spirits that have controlled them they will then be able to make a healthy decision to choose someone who is also healthy.  They will live in a marriage where they both want to love on each other unconditionally, the way God intended.  The man will love his wife like Christ loved the church, laying his life down. Then the woman will easily submit to his leadership in marriage because he will be directed by God, instead of the enemy or himself.  There will be peace in their home and if there are any differences of opinions, they will be discussed in a healthy way instead of through raising one’s voice and demanding that they get their way.

So do you want a marriage where you dominate your spouse? I would hope the answer is no.  Do you want to be controlled by your spouse on most every decision that needs to be made?  Again, I doubt it.  You both should want a calm, peaceful and loving relationship to help each other achieve their goal as a couple as well as any individual dreams that each desire to pursue. It should be a symbiotic relationship in which you want to help each other succeed in their desires of their heart and for the Lord.

The Lord made a woman to be the helpmate to her husband but unfortunately the women’s movement took over trying to replace the husband or to emasculate him of his godly duties.  It made the man bow to women and the spirit of Jezebel took over the United States and world.  What does it mean to be a helpmate? It means that when the man listens to the Lord for direction that his wife will gladly want to help accomplish what the Lord is directing the man to do.  In some relationships the woman hears from the Lord and her husband does not.  They are not on the same page or wavelength spiritually as God intended.  So in this case it is simply a fact that the man will not be the spiritual leader and abdicated his responsibility to lead spiritually.  Too many men walk around with the spirit of Ahab and need to break free and rise up to be mighty men of valor.  My book Waking The Lion Within: Reclaiming Your Position in Christ was intended to help men to stand up to be a godly leader in order to lead spiritually in boldness as the Lord intended.

Choosing A Godly Mate will help you look within yourself to make sure you are freed from all generational curses, and enemy spirits in order to be clean and set free.  Then and only then should be begin to move forward to choose a healthy mate for yourself who is also free from any enemy spirits.  There is nothing like finding a man or woman to help complete you and live in peace all of your days on earth. Roughly 25% of the couples in the world are able to be free of the enemy and find another healthy mate in order to live in peace and love.  I would like to see this percentage increase as much as possible.  So many in the church today have marriages that are miserable and all they need to do is look in the mirror at themselves and be honest.  Once they admit to some of these unhealthy behaviors and recognize that the enemy is at work within them, then they can successfully get set free once and for all.  Then they can make a healthy decision on finding a healthy mate to complete them in Christ.  All it takes is an awareness of the truth from within and then to take their authority to command out all enemy spirits that have co-existed in them since a child.  It is time to take back what the enemy has stolen and rise up in Christ.