The spirit of Jezebel causes people to behave in ways that cause those who are in relationships with them to suffer greatly.  Today I am focusing on just a couple of the ways that spirit causes people to do their damage.  Keep in mind that people who operate in that spirit hear the voice of the enemy at a loud level within their minds as it controls them like a puppet.  They started to hear the voice of the enemy when they received deep emotional (and possibly physical or sexual) wounds from their father or mother.  They could not discern between their own thoughts and the enemy’s voice.

One of the behaviors of the spirit of Jezebel within a person is that they will lie or tell people half-truths about another person who is their target (often times their own spouse but others who get in their way).  If you attend a church together with your spouse and they have Jezebel you will know if they have spoken lies about you to others in the church because those people will look at you with disdain, disgust and usually distance themselves from you so they will not have to talk to you. They heard something bad about you from your spouse and believe it as truth.  Often times if the person who heard the lie ever talks with you they will try to get you to admit to the lie that your spouse told them and help you get help with “your problem” not realizing that the person who told them the lie has the issue.  It is a very awkward and sickening feeling to know that other people are believing lies about you that were spoken by your own spouse (or a “friend”). 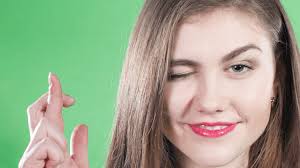 Those with the Jezebel spirit will not only lie about their own spouse but other people within the church, and they are master liars. Grade A – Academy Award winning liar quality status.  It is very hard to verify what they are saying is a lie as well because what they say about people you don’t want to know or repeat.  It is truly like a silent cancer within churches and ministries. I have talked with people who work for the largest ministries and churches in the world and they are all having a problem with it. This is an epidemic issue of biblical proportions that needs to be addressed within the church or ministry at the highest level. If a church or ministry is not talking about this on a regular basis and exposing the truth about the behaviors of that spirit and how it infects those within the church, then they are tolerating the spirit of Jezebel (and Leviathan) and the people who attend it will be hurt.

When the senior pastor or founder / president of a ministry talks about Jezebel and Leviathan and leads people through deliverance, then the spirit will not want to stay there. As you can imagine, when the leaders talk about the behaviors of the spirits and exposes the truth to all, then those who operate in that spirit will know they either need to get delivered and be honest, or leave the church or ministry so they can keep their spirits.  Unfortunately, 95% of the churches and ministries never talk about it – thus why my ministry Restored to Freedom is growing so rapidly around the world as the need is so great and the people who have been hurt by those with that spirit are desperate for help.  Pastors of churches are calling me in as the cavalry to help them address it within their congregation as they often times have wives or other leaders that have Jezebel and they simply cannot get them delivered.

Lies whispered within the church and ministries, when exposed, will no longer be believed and the person who whispered them will have a choice of either repenting and getting delivered – or to leave the church and continue doing damage to more people at a new church.  But eventually God will expose the truth and if the person still will not repent – then God has often taken a permanent and deadly course of action in more and more cases as it talks about in Revelation 2:19-23 NKJV:

19 “I know your works, love, service, faith,[b] and your patience; and as for your works, the last are more than the first. 20 Nevertheless I have a few things against you, because you allow[c] that woman[d] Jezebel, who calls herself a prophetess, to teach and seduce[e] My servants to commit sexual immorality and eat things sacrificed to idols. 21 And I gave her time to repent of her sexual immorality, and she did not repent.[f] 22 Indeed I will cast her into a sickbed, and those who commit adultery with her into great tribulation, unless they repent of their[g] deeds. 23 I will kill her children with death, and all the churches shall know that I am He who searches the minds and hearts. And I will give to each one of you according to your works.

I know of several people around the world who have died instantly or within a few weeks after they have been confronted for operating in the spirit of Jezebel and then denying it and choosing to keep the spirit within them. I have also seen a very prideful pastor in Indianapolis lose his church of 200 within a year after he was confronted about preaching that the spirit of Jezebel was not real but would not repent before the Lord and is no longer a pastor.

Another behavior of people who operate in the spirit of Jezebel is that they love to provoke people to anger and then after the person can no longer take the provocation they blow up and then are blamed by the Jezebel person and you can see them smile like a Cheshire cat with such deviousness.  That spirit LOVES to create strife and misery in others’ lives to cause them to lose peace and then blame them for it after they can no longer take it.

When a person is Jezebelled by them through provoking words which cause them to finally no longer take it anymore and have a retaliatory outburst back, then the person feels remorseful for their behavior.  The Jezebel person then makes them feel horrible when they blame them. But that person would never have said or did what they did had they not gotten provoked.  I have seen many people turn to drinking alcohol to try to escape out of their constant misery of emotional abuse from their Jezebel spouse.  Then their children think that they were the bad parent instead of knowing how their parent’s spouse drove them to it through a constant barrage of verbal and emotional abuse.  I have also seen several people who were married to Jezebels that gave up on all hope of things improving and wanted to die – and then later did die.

It is time to wake up world – and see behind the behavior of what is speaking to them in their minds to cause them to control, manipulate, lie and be a nightmare to live with. The spirit of Jezebel is real and affects more than 75% of marriages to cause strife and divorce.  The only way to help people is to discuss this issue in public and expose the truth and then bring the people to repentance and command the spirits out of themselves.  I have seen a very high rate of success for deliverance within my ministry and it is increasing each month as more people around the world are becoming aware.  God is on the move!