Narcissistic Personality Disorder is actually the spirits of Jezebel & Leviathan

The psychological community states that Narcissistic Personality Disorder involves a pattern of self-centered, arrogant thinking and behavior, a lack of empathy and consideration for other people, and an excessive need for admiration.  It describes them as cocky, manipulative, selfish, patronizing and demanding.  Their way of thinking and behaving can be seen in every area of the narcissist’s life: from work and friendships to family and love relationships.  They are in love with an idealized, grandiose image of themselves.   They say that there are no medications that can help them and no ability to change.  What they don’t know is that even though it is extremely challenging to see have them change, they are able to with the help of Jesus.

The reason why a person becomes a narcissist is due to growing up with emotional wounds from their father or mother or due to being sexually violated (incest, molested, raped, etc).  When they grow up under these unloving circumstances they begin to have negative thoughts in their minds due to their pain that begins to intermingle with the enemy’s suggestions.  They hear thoughts that cause them fear and tells them that they cannot trust anyone.  They are told that no one can do what should be done so if they don’t do it their way then it is wrong.  If a girl was hurt by her dad (or was molested by her brothers or another boy) then the enemy will tell her that all men are like your dad or brother and they need to pay for the pain that their dad or brothers did to you.  If a mother has overly controlled and hurt her son (or a boy was molested by his sister or other woman) then the voice will tell them that all women are mean and need to pay for the pain that their mother or sister did to them. 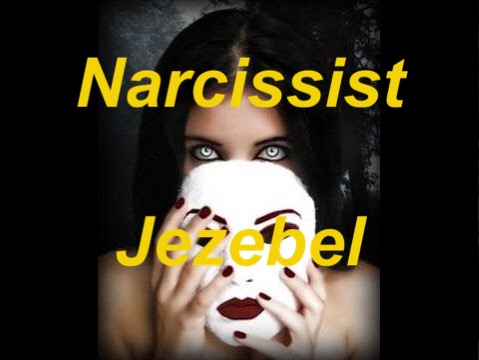 The voices are real as they hear them every day.  They are unable to have any peace. It tells them to control other people and manipulate them to do what they hear.  They are usually sexually selfish, jealous, demanding, and very prideful and arrogant.  They often times are drawn into ministry, churches, counseling, psychology desiring to help other people who have been hurt while walking wounded themselves and hurting others.  The spiritual components are the spirits of Jezebel (1 and 2 Kings and Revelation 2:18-23) and the spirit of Leviathan (Job 41 – as verse 34 states “He beholds every high thing; He is king over all the children of pride.” Jezebel directly wants to stop the flow of the Holy Spirit in churches and in the lives of people and comes against people who hear the Lord’s voice (prophetic) or wants to help people.

The only way that they can change is to choose to truly forgive all those who have hurt them in their past.  If they harbor any bitterness or anger against those who had hurt them then the enemy has a legal right to continue to speak to them in their minds strongly.  Once they have forgiven all those who have hurt them, then they need to humble themselves from their prideful spirit of Leviathan.  They also must take ownership over all those that they have hurt in their lives and repent to God for it.  Then they can command the spirits to be gone from them and they will feel the spirits leave and change.  I have seen thousands set free from these spirits and had their entire countenance change instantly.  The spirit of Leviathan wraps around a person’s spine and twists causing them back and neck pain, headaches, often times scoliosis, insomnia, if they try to read a Bible or Christian books they will fall asleep as it tries to stop a person from growing spiritually.  I have seen people with Fibromyalgia, Bipolar and cancer healed immediately once Leviathan leaves.

Then the anointing in their lives is unclogged and they can hear the Lord’s voice more clearly than ever.  They can prophesy more accurately and specific than ever before.  They feel more clean and pure as the Lord is coming back for a pure and spotless bride.  Their marriage no longer has strife in it and people are in love again with their spouse.

My best-selling book Restored to Freedom (available at Amazon in paperback and Kindle in English, Spanish and German – and in Audible in English) has helped thousands around the world to receive the understanding and then lists the powerful prayers that have seen miracles.   My website is www.restoredtofreedom.com and my Facebook ministry page is www.facebook.com/restoredtofreedom .  www.youtube.com/user/nelsonschuman67