CALLING ALL MEN TO CLIMB TO A HIGHER LEVEL IN CHRIST

Sadly most men in the world look nothing like a disciple of Jesus Christ. And I’m talking about the men who attend church regularly. Most men resemble King Ahab who abdicated his godly authority to lead spiritually and following God and just saying no to ungodly decisions made by other people in his life including his wife and children.  Ahab married Jezebel and allowed her to take the reins from him and then tolerated her evil behavior in his kingdom which included killing the prophets of the Lord, sacrificing babies to Molech, and raising up her own false prophets of Baal and Ashtoreth. In fact the Bible said Ahab did more evil in the sight of the Lord than all the kings prior to him, partly because of his wife Jezebel.  Ahab wanted Naboth’s vineyard but was told no by Naboth who was going to give it to his children when he passed, until he told Jezebel why he was sulking and then she devised a plan to accuse Naboth of coming against God and King Ahab and then they stoned him to death. Ahab and Jezebel were both co-dependent on each other’s ungodly behavior and Ahab never took the lead spiritually to lead his nation to God.  Most marriages today consist of similar traits that Ahab and Jezebel operated in between them.

Unfortunately the men who attend church today have largely abdicated their responsibility to the Lord of taking spiritual leadership seriously and have given the reins over to their wives. They know more about their favorite sports teams and their players then they do about actual Bible characters and what they overcame.  They know more about their budget, future vacation costs and financial retirement accounts than they do about Bible verses. Disciplining and teaching the children godly principles and leading spiritually has largely been left up to their wives. Living pure and godly lifestyles, walking in holiness and praying in tongues regularly and providing a spiritual covering for their wives as the Bible instructs is rare to be seen amongst men. Focusing on sports, money, jobs, impure sexual desires, selfishness, ungodly activities, and having issues with anger, lust and pride is more likely to be observed.  Mainly because that is how their own father (if they even saw their father) lived and modeled for them – or they never observed their father at all because he left the home.  It is not an excuse…it is the truth.  It is hard to become what God wants when your earthly model failed on most every account.

What has happened to the men of today? Through a progression over many decades and centuries,  men have become emasculated as they abdicated their godly leadership responsibility and it has in large part been given over to the women. Some of the women never wanted to take it over while others embraced it wholeheartedly but still struggled themselves with the soul wounds of their past not being healed causing many to give legal access to the spirit of Jezebel to speak into their minds. 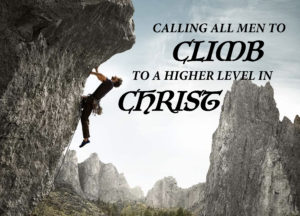 You cannot have a Jezebel in a marriage (or any relationship) without an Ahab. In other words….if men would choose to really press in to spiritual things and pursue getting their own soul wounds healed and delivered from their demons speaking to their minds, then they could actually take the proper spiritual leadership role that the Lord designed for them. Both men and women can operate in the spirit of Jezebel or the spirit of Ahab. One of the major challenges for men to break free from their own spiritual ineptness is to rise up in their spiritual authority in Christ and stop tolerating the spirit of Jezebel or Ahab to control them. Then we would see a completely different church and world. Men need to repent to God for not pursuing to become a spiritual mighty man of valor. They need to forgive all who have hurt them in their past, humble themselves from their pride and press in daily to the Lord to hear Him speak to them, to pray in the spirit, to spend more time pursuing God then the things of this world.

In reality women really want men who will lead them in a godly manner. Not to Lord things over them, to speak with pride as the Pharisees and scribes would, not to belittle them, not to Bible-bash them or treat them like sex slaves. But to truly love them in a pure and intimate way like Christ loved the church. Valuing their opinions and even asking them for their thoughts on various decisions. Of course both wife and husband need to have their soul wounds healed and demons delivered to successfully see their marriage and family flourish as God designed. If a man chooses to get freed and starts operating in a true Christlike fashion but his wife still operates in her soul wounds and hears demons then strife will be present often. The demons in one unhealed person will always verbally attack the more pure spouse and create havoc and torment. So it takes both the husband and wife to commit to pursuing soul wound healing and deliverance to truly have a marriage that God designed and to actually enjoy married life instead of trying to stay away from each other in order to have peace.

So who will start the process first? How about it men? Are you ready to be a man under every sense of the word? What does the Bible say?

But flee from these things, you man of God, and pursue righteousness, godliness, faith, love, perseverance and gentleness.

All men (and women) need to flee youthful lusts and pursue righteousness and godliness and the other fruits of the spirit.

Be on the alert, stand firm in the faith, act like men, be strong.

Always be aware of things in the spirit and stand strong not allowing the enemy to persuade you to turn off course.  The enemy is real and he attacks your mind with thoughts and attacks your other relationships to come against you.

“ Have I not commanded you? Be strong and courageous. Do not be afraid; do not be discouraged, for the Lord your God will be with you wherever you go.”

When you align your life with the Lord’s then He will be with you wherever you go in life so that you will not give in to the fearful thoughts of the enemy.

In the same way, you who are younger, submit yourselves to your elders. All of you, clothe yourselves with humility toward one another, because, “God opposes the proud but shows favor to the humble.”

Many men are proud and arrogant but that just covers up for their insecurities inside. True men walk in humility knowing that they do not know everything and can always learn.

My dear brothers and sisters, take note of this: Everyone should be quick to listen, slow to speak and slow to become angry, because human anger does not produce the righteousness that God desires.

Spiritual maturity will show when a man is growing because he will not become angry and will live a more righteous life.

“As iron sharpens iron, so one man sharpens another.”

It is always good to have a brother in Christ that you can talk with who is strong in the Lord.

Now all these verses are good, but it does no good if a man continues to get tormented from demons in his mind or from his wife. It is a very real spiritual battle that wears out most men who usually give up and give in to the enemy. My recommendation is that a man pursue freedom for himself first and then he can help his wife and children. It is a similar concept when you fly on a plane as they recommend that you put on your oxygen mask first before tending to a child. If you cannot save yourself first and get healed of your own soul wounds and delivered then it won’t work for you to try to help your spouse and family. Once you get delivered (which could take most people a year or longer depending on their wounds from the past from their own fathers and mothers or step parents or others who have hurt them) then you will be able to hear more from the Lord and less from the demons who used to have legal right to torment you before deliverance.

It’s extremely challenging when a man has been hurt deeply as many wounds allow many demons to torment them. They have to want freedom and most of the time the demons have already convinced them that they are almost perfect and their spouse and children are their problem. The demons blind them from seeing the truth inside themselves. They have a free will to choose to be honest or to live a lie.

So I challenge every man this coming Father’s Day to make a decision to be honest with yourself and look in the mirror and humble yourself to the truth of how you behave and if there is any fruit of the spirit within you. If not, then take a few hours a week and invest time in getting your past soul wounds healed by Jesus and then command the demons that attached to the wounds to go to the pit in Jesus name. I have many teachings and deliverance videos available on my You Tube channel at NelsonSchuman67. God truly loves all men and wants the best for you, but is waiting for you to make the move towards Him.