GOD IS CLEANING HOUSE IN HIS HOUSE

The Lord’s house – the church – is going through quite the worldwide shaking right now as many are shut down completely and most are limping along making people wear masks and social distance while pleading with them to continue to give them all their tithes even if they just have an online service.  Unfortunately the state of God’s house has been in disrepair for quite a long time as most pastors became complacent to preach the whole truth about forgiveness, repenting for sin and pride and then getting delivered.  They didn’t want to offend anyone as they were concerned they might have people not like to actually be convicted for their sin and when they hurt other people like their spouse and children.  They thought people might take an offense and walk out their door and take their tithes with them.  So they watered down their messages to tell people that they were all saved no matter what their current fruit looked like.

Instead the churches focused on making sure they offered coffee and donuts, played beautiful sounding music with no convicting songs or times of coming to the altar to repent, and made sure that their messages were focused on love and hyper grace with no conviction, humility or repentance for sin and were of course no longer than 45-50 minutes.  Some pastors have said that they spend 30 hours a week preparing for one sermon of 45 minutes – but of course were not being honest.   Financial corruption has taken place within the church, even support for such evil things as sex trafficking, prostitution and pastors spending time looking at pornography.  If Jesus was at most churches in the world today he would be turning over a lot of tables as His righteous anger is at an all time high.

15 So they came to Jerusalem. Then Jesus went into the temple and began to drive out those who bought and sold in the temple, and overturned the tables of the money changers and the seats of those who sold doves. 16 And He would not allow anyone to carry wares through the temple. 17 Then He taught, saying to them, “Is it not written, ‘My house shall be called a house of prayer for all nations’? But you have made it a ‘den of thieves.’ ”

18 And the scribes and chief priests heard it and sought how they might destroy Him; for they feared Him, because all the people were astonished at His teaching. 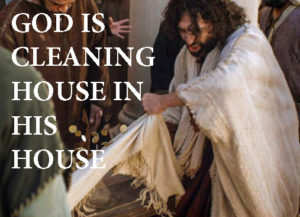 Let’s be honest – there are many people who are operating in ministry (on their own, focused outside the church, within the church, etc.) who do not have the fruit of the Spirit in their lives.  Instead they have the fruit of their flesh overflowing on everyone. There are also some church denominations who actually encourage people to be in the Freemasons – which serve Satan as they must pledge their lives to him during their 30-33rd degrees of making oaths and pledges as it is all about money. I know of one woman whose father was in the Freemasons who raped her along with three of his fellow Masons as an initiation practice and have heard from many other people who were in the Masons who observed sexually abusive things that they did as well as much financial corruption. I have heard from some pastors who actually stated that the Masons were good instead of the truth that they are self-serving and are serving the enemy and receive corrupt preferred treatment from some judges and police who also became Masons.  Eastern Star are the women’s version. Below is a list of church denominations who support and are against the Masons per David Barton.

Denominations who support the  Freemasons:

Denominations who are against the Freemasons;

Church of the Nazarene

Church of the Brethren

If you have had anyone who was in your family lineage that were involved with the Mason then it would be wise to break off the negative effects of the Freemasons oaths if made by anyone in your bloodline.  I know of one woman from Minnesota who had 4th stage lung cancer who had a dream with her grandfather and Jesus.  In the dream Jesus told her the reason she had cancer was because of her grandfather who was a Mason and the oaths that he made to Satan.:

Below is a link to break off the Freemasons curses that come down the bloodline to the 3rd and 4th generations:

Sexual perverse behavior and sin is also pervasive throughout the world and church.

The Lord showed me that many churches and those who were involved in ministry will no longer be operating again as the Lord is shutting them down because they refused to repent for the sin that they were actively involved in.  The need for repentance in the world is enormous as so many in the body of Christ are not true Christians or a part of the bride of Christ (the remnant).  The church is a very sad place as so many feel no conviction anymore as the church has stopped preaching truth.  They have gone to hyper grace messages to make people feel good and they believe all have sinned and God is ok with them continuing in their sin with fruit of the flesh. Unfortunately the church is filled largely with people who have never got their soul wounds healed nor got delivered from the demons that have tormented them their entire lives in their minds.  The church forgot to talk about how the Lord is coming for a pure and spotless bride.

God gives us time to repent – often a lifetime – but there comes a time when the chances are over as death is real.  God is a very patient and loving God and knows the reason people do not have godly fruit is because they were hurt in their pasts and have demons tormenting them. But to have them in the church actively hurting more people every year needs to stop.  He is releasing the truth now as more and more people cannot deny that they never heard the truth as more people are aware that they have a choice – to come clean and humble themselves – or try to keep their sins hidden and then be held accountable by the Lord.

God gives us time to repent and if we refuse then He has no choice but to give us what we have chosen. He loves us and wants us to choose righteousness and pursuing Him but if we continue to choose sin then the wages of it is death.  There are eternal consequences to sin.

23 For the wages of sin is death, but the gift of God is eternal life in Christ Jesus our Lord.

Choose to forgive those who have hurt you, repent for your pride and your sin before it is too late and then walk in the fruit of the Spirit helping others to repent and get clean.

21 “Not everyone who says to Me, ‘Lord, Lord,’ shall enter the kingdom of heaven, but he who does the will of My Father in heaven. 22 Many will say to Me in that day, ‘Lord, Lord, have we not prophesied in Your name, cast out demons in Your name, and done many wonders in Your name?’ 23 And then I will declare to them, ‘I never knew you; depart from Me, you who practice lawlessness (sin)!’

There have already been thousands of churches that have shut down around the world and many more will be gone never opening again.  There also have been thousands of people who have ministered in the past but were doing so deceptively and not for the right purpose in their hearts and minds.  God is giving them chances to repent but if they refuse then they will never be ministering again.  God wants all of us to be truly saved, delivered and set free but it is up to us to choose.