Do you feel stuck and need a breakthrough in your spiritual life?

I have had thousands over the past two years who the Lord has brought to me from around the world, who tell me that there is something not quite right with them.  They feel stuck spiritually and are not free or at peace.  They are also not operating in the fullness of who they know they have been called to become and many have had prophetic words spoken over them that they are not currently operating in.  Many are in various ministries (worship teams, teachers, leaders, healing room workers, deliverance ministry, prophetic) but know in their spirits that something is just not as it should be. They have met with counselors, pastors and gone through deliverance sessions for their entire lifetimes.  Yet they still feel stuck.  Many have struggled in their relationships and their marriages have suffered and they are desperate for true freedom.

Most of these people grew up with parents that did not love them unconditionally as they deserved.  They felt rejected and received critical words instead of love.  Unfortunately when that happens the enemy starts to speak to them when they are a young child and tells them that they cannot trust anyone and need to protect themselves.  They become very controlling and if they don’t get their way they let you know.  They manipulate you to do what they want.  Often they also have an unhealthy sexual life.  They can also be prideful and twist the truth in their mind.  Pain in their backs and necks is common. They suffer from  insomnia and have a hard time reading the Bible or books about spiritual topics and fall asleep when they try. 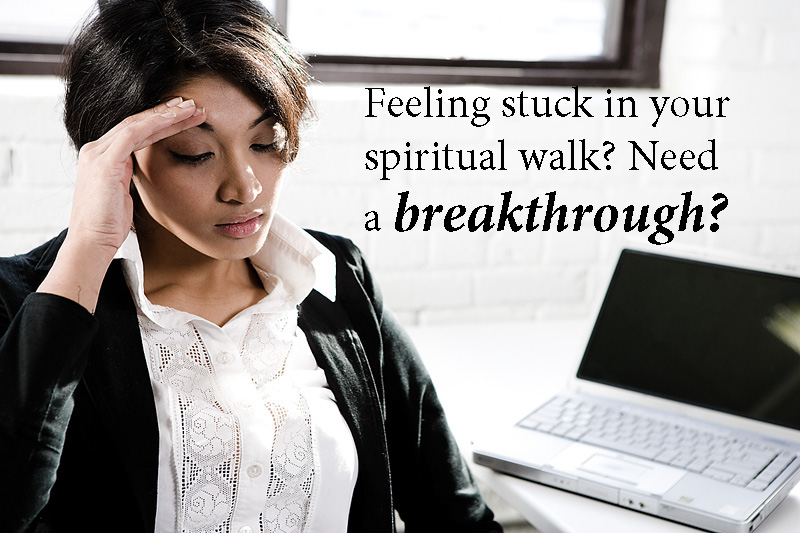 So many people that experience these characteristics struggle with being controlled by the enemy.  The enemy has a legal right because they have partnered with him. They operate out of fear as they are being controlled by hearing the enemy’s voice. One woman could prophesy and pray in tongues, yet was extremely abusive to her husband emotionally and physically behind closed doors and could not stop it for 6 years and was on her fourth marriage.  The entire time they were married she told him that she could hear the enemy speaking to her bad things about him.  But she could not stop abusing him until he finally had to leave her for his own safety, even though he loved her.  She ultimately divorced him after lying to others about what she did to him instead of admitting to it and getting delivered.  She had what so many are dealing with….the Jezebel and Leviathan spirits due to having wounds from her parents.

This is truly what is controlling so many in the world and causing people to argue and fight in relationships, marriages and churches and ministries.  It is an epidemic that the Lord is now exposing at an all time high rate.  And I am seeing an extremely high rate of deliverance of people everywhere as the Holy Spirit is bringing  people to my ministry through Facebook.  People tell me every day that the Holy Spirit told them to connect with me and then after they go through a one hour deliverance session they feel amazing, They are at peace, no longer being tormented, and can hear the Lord more clearly than ever before.  Their giftings for prophecy, healings and deliverance increase at an extreme rate.  Their marriages no longer suffer from strife.  It is really a beautiful and miraculous thing.  Then its just a matter of having old mindsets healed and to be restored to a new normal.

This week I have seen people have huge breakthroughs from Canada, South Carolina, Chicago, Texas, England, New Zealand, New York, Virginia and California.  Major breakthroughs of lifetime torment…in just one hour.  Then they are able to hear the Lord and discern those that are operating in those spirits instantly.  The Lord is raising up an army of people around the world as they get freed from Jezebel and Leviathan so help thousands more.  I will be going to New York City / New Jersey / DC / PA / VA from May 30 – June 15 and will begin a huge explosion spiritually helping get people set free and then training, equipping and imparting to them in order to get more free.  Then I will go back for a longer time (month or more) the next time and will really see major strongholds over regions breaking free to release a revival all over the East Coast and beyond.

The next Worldwide Deliverance Session on Facebook LIVE is this Sunday, May 21 at 9 pm EDT / 6 pm PDT and May 22 at 1 am in the U.K., 3 am in South Africa.  The Lord is getting thousands delivered on these LIVE sessions as people watch them LIVE and share it and thousands more watch.  To join simply LIKE www.facebook.com/restoredtofreedom and then you will be notified on your Facebook account at that time.

This is a very exciting time that we are living in as the Lord is pouring out His spirit and getting people pure and righteous before Him.  It is time to be freed and walking in the fullness of who you are called to be.