The secret to true unconditional love

This morning after I woke up from a dream, the Lord told me that He wanted me to write a blog talking about love.  That there are so many people in the world who have been hurt by other people and just want to be loved unconditionally by someone.  The Lord also told me to correlate what is actually happening on a spiritual level to cause people to hurt other people, thus causing so many to have broken hearts and not be able to trust anyone to love them again.  Therefore that is the focus of my blog today.

There is a song by the Beetles called “All you need is love” that has as a part of the song the following lyrics: 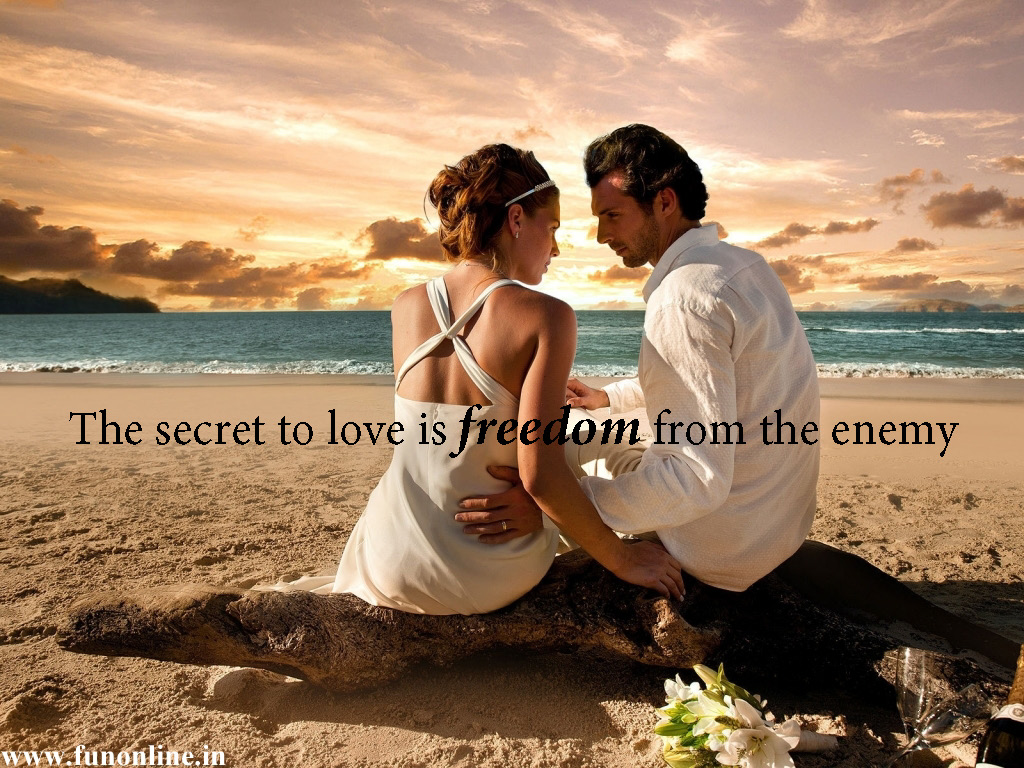 So many people in the world want someone to love them, yet do not see themselves in the world as those who are married to them see them.  Women in particular want their husband to unconditionally love them, listen to them express their concerns, hopes and dreams, hug them, cuddle with them, put their arms around them, hold their hand, romanticize them, provide for them financially, lead them spiritually and have a normal sexual relationship.

Unfortunately many of those same women speak harsh, controlling and manipulative words to their husbands and they don’t even realize it.  I have had thousands of women that I have ministered to the past two years who have all admitted to me that they heard whispers in their mind which caused them to do things to control and manipulate their husbands, thus driving their husbands to want to distance themselves from them or provoking them to rise up for themselves and then they spoke harsh words back in their defense.  Thus causing a rift in the marriage and then causing a breakdown.  Then they go to counseling and the counselors / pastors do not understand that the strife in marriage has a root cause that is spiritual.  There are demonic voices being whispered to one person causing them to control the other in an unhealthy way.

The same can be said for men, as they can be the aggressor and try to control their loving wives.  They speak verbally abusive words to their compliant wives and then she eventually will feel her body get sicker and sicker and I have known several that have died of diseases due to the constant onslaught from their husbands.  Some get physically violent and then it is definitely time to separate for your own safety.

The root of the issue is that it stems back to a person’s childhood in which they did not feel unconditionally loved by their father (and / or mother). The more hurt and pain that a child received from a rejecting and controlling father (or lack of a father) or mother, then the more that they will hear the voices in their head as they grow up.  The voices will cause them not to trust anyone in their life and be driven to control and manipulate others.  It also has a strong desire to control others with sex (either they will want sex all the time and in perverse fantasy ways, or they will limit their spouse having sex in order to manipulate them to doing what they want).  It is called the spirit of Jezebel.  Also there is a companion spirit that comes with Jezebel which causes people not to see the truth and always blame others and twist the truth in their minds and have a strong spirit of pride.  It is called the spirit of Leviathan.

To be freed from those spirits and a lifetime of controlling, manipulative and selfish behavior a person simply needs to recognize they have it and no longer want it and then command the spirits to be gone and repent to the Lord for operating in it.  Then they can become a different person overnight.  No more striving with their spouse.  Also people who are married to the Jezebel spouse will be dealing with the Ahab spirit which causes them to not confront people for doing things that are wrong and not being able to be a strong man or woman of God in the spirit.  So they need delivered from the Ahab spirit.  Once people are delivered and freed from both Jezebel / Leviathan and Ahab, they can finally have a marriage with minimal strife and much love.

This is what is wrong in the world of love today.  People look on the outside and see a person that they are attracted to.  Yet many attractive people are walking around with the spirit of Jezebel or Ahab inside of their hearts.  The spirits draw them to each other.  So the only way that you can have a marriage that God truly intended with unconditional love, care, gentleness and sweetness with no arguing, is to marry someone who does not have the Jezebel spirit (and you need to be freed from the Ahab spirit). It is as simple as that.  Once you both are freed, you will have an amazing loving relationship, amazing sex that is full of true intimacy and love, and desire to help each other in a supportive, healthy way instead of trying to compete or control or manipulate them.

The number one reason in the world for strife in marriage and divorce is that one person has an insatiable desire to control the other person.  One person has the Jezebel / Leviathan spirits and the other has the Ahab spirit.  It is as simple as that my friends.

So if you are currently single, looking for a new spouse to be married to and have been controlled from your previous spouse(s) then you must make sure you are delivered from the Ahab spirit first so you do not get unwittingly drawn into another relationship with a person who has the Jezebel spirit.  Once you are delivered then your spirit will discern it in others and avoid the seductive spirit of the Jezebel and draw to a more healthy relationship.  If you have the Jezebel spirit and are looking for another spouse you can control you will need to be delivered first.  Because the new relationship will be set up to fail from the start.  You will choose someone you can control and ultimately that person will not like being controlled and eventually either stand up for themselves after being pushed and provoked by you, or they will tune you out and separate from you and then you may divorce them because you cannot control them anymore.

So yes we all deserve to be unconditionally be loved, and all we want is love, but you need to make sure you are cleansed from all spirits of Jezebel / Leviathan and Ahab first.  Then you can finally live in a more peaceful state and find someone that is pure and righteous as the Lord intended.  Love you!

One Reply to “The secret to true unconditional love”