It is very important to look closely at the fruit of those who operate in the Jezebel spirit and to talk with people who have had relationships with them to uncover what the real truth is. They will try to isolate you and tell you not to tell anyone about the evil things that they have done to protect themselves from the truth being exposed.  They will even manipulate scripture under the guise of trying to silence the truth.  But the Lord will eventually shine the light of truth on them and expose them for all the world to see and they will no longer be able to live the lie by hiding in darkness. 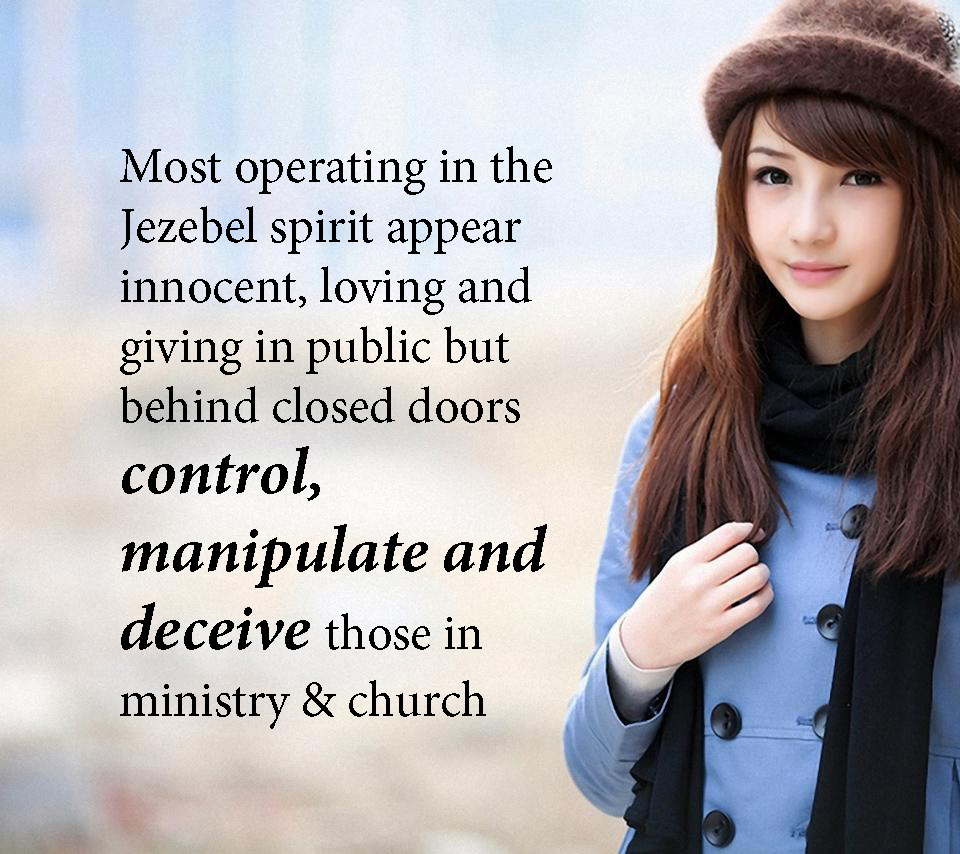 I have known of many people who will operate out of a ministry or church who desire to be in leadership, only to operate covertly in the spirit of Jezebel and Leviathan.  They want to look important, walk in a position of authority over other people, and then come against those who try to stand up to them.  God is in the process of purifying His church and exposing the deep sins of those who are in it in order to get them to walk in righteousness and holiness.

There are women who will flirt with men on social media in order to make themselves look good and desired and then say that the “favor of God” is on their lives because they have so many followers.  They call themselves godly but will try to lure men of God into relationship with them in order to distract them from doing the Lord’s work and to support others who are sexually impure.  Jezebel is very subtle and will not have pure fruit.  They will target pastors, leaders and those in ministry in order to get them to spend time communicating with them as much as possible.  But eventually their true colors will come out over time and then it is time to have nothing to do with them if they will not repent and get freed.

Like spirits will attract.  In other words, when a person who is operating out of the spirit of Jezebel is starting to be exposed, they will reach out to a fellow Jezebel spirit for help to try to team up and come against the person who is finally on to them.  You must not shrink down and run like a scared kitten.  You must rise up as the Lord will protect and help the light of truth to be shared, uncovered and dealt with.  It is time for people to no longer walk in the spirit of Ahab but to walk in the boldness and confidence of the Lord as He will expose the truth in order to bring those in the Jezebel spirit to repentance.

If the person will not change, then we are to have nothing to do with them.  If they continue to operate in that spirit the Lord will deal with them.  One woman from Ohio was married to a pastor and was operating in the spirit of Jezebel. He confronted her with others and she would not admit it and denied she had it.  A month later she died from hemorrhaging from the mouth. She was only 32 years old.  Another woman from New Zealand was confronted by her family and she denied it. She took 2 steps to walk away and died.

When the Lord confronts you through a godly brother or sister and you deny that you are operating in Jezebel (and you know you are), then watch out.  Revelation 2:20-23 NKJV states “20 Nevertheless I have a few things against you, because you allow that woman Jezebel, who calls herself a prophetess, to teach and seduce My servants to commit sexual immorality and eat things sacrificed to idols. 21 And I gave her time to repent of her sexual immorality, and she did not repent. 22 Indeed I will cast her into a sickbed, and those who commit adultery with her into great tribulation, unless they repent of their deeds. 23 I will kill her children with death, and all the churches shall know that I am He who searches the minds and hearts. And I will give to each one of you according to your works.”

God knows who each of us are behind closed doors. If we are operating in sin, He will eventually expose it and shut you down, your ministry will be gone, and you will no longer be able to damage His people.  I know of a church in Indianapolis where the senior pastor was confronted for false teaching and encouraging Jezebels to operate and he refused to repent. Within a year his church was shut down and sold to the humane society. The Lord told me that just like Jezebel was eaten by the dogs, so his church was sold to the dogs.  God is exposing the truth and will do more of it in the future.

We cannot tolerate Jezebel in our lives, our churches or our ministries. If a person has been confronted and chooses to keep Jezebel in their lives then you are to have nothing to do with them.  You must end your relationship with them. Then you will be blessed at an even greater rate while their lives will get worse. It is time to be pure and righteous and the Lord will be your protector, provider and bless you even greater when you keep Jezebel out of your life.  Is time to stop tolerating those operating in the spirit of Jezebel.