Growing up in Indiana in the church (initially in a Church of God, then Presbyterian, then charismatic and Assembly of God, then non-denominational) I was taught by the various pastors that “Christians cannot have demons.” But in my experiences in life I witnessed first-hand behaviors in my own life and others who demonstrated traits that did not seem very godly at best and often indicate the presence of demonic influence at worst.

Why would people who attended church regularly say and do things to hurt other people? Why did half of marriages of people in the church end in divorce? Why would pastors and others in ministry have affairs? Why were many men looking at pornography regularly? Why were many women and men extremely controlling, manipulative, prideful, arrogant, angry, jealous, deceitful and the fruit of their lives stink? They did not behave in any way like Christ! They could act nice to people at church but then behind closed doors they were emotionally abusive to their spouses and children? 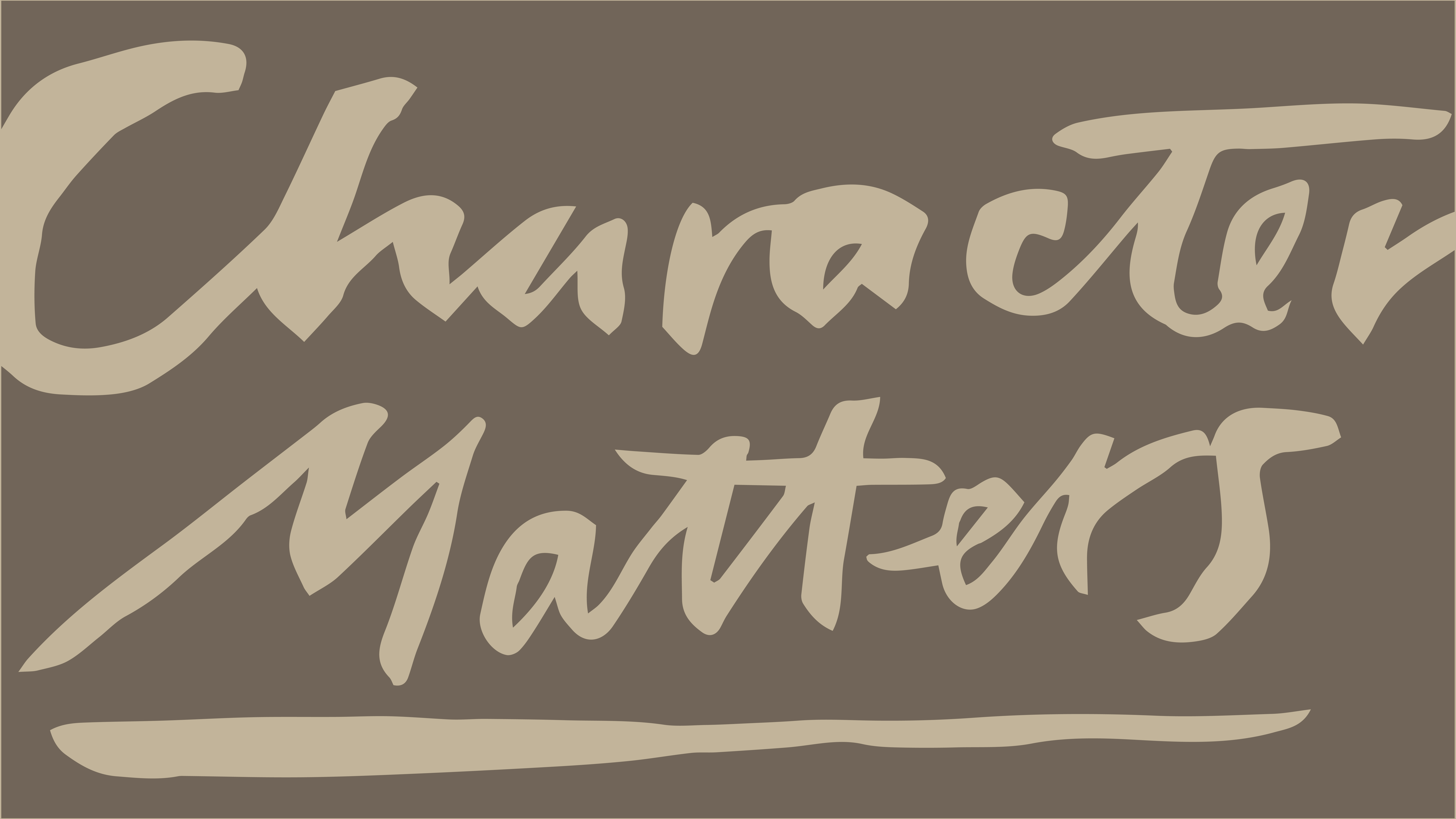 The Lord had me go through an experience in my life with a woman (my wife) who was extremely abusive to me for six years and told me I could not tell anyone about what I was going through with her until He released me to share. I had to take the full brunt of the demonic spirits within her. Then on January 23, 2015 the Lord told me that I could finally stop tolerating the extreme verbal and physical abuse and that He would start a ministry that would grow around the world and help millions get freed from the same torment that my ex-wife had taken out on me. She could pray in tongues and even prophesy some – yet tried to destroy me in every way imaginable. The lies about me were extreme and ultimately, I had to come up against the pastor of the church who was also operating in corruptness and sin. The Lord eventually shut their church of 200 people down to where it closed within a year of having me confront them.

Now I see that what I experienced was just a small microcosm of the mess that the entire church of the world is currently in. Millions of people who attend church every week are simply going through the motions. They are fakes who act godly but have no godly substance. They have no godly character. They have no integrity. They are not true Christians. They are not headed to heaven if they were to die. They are in desperate need of deliverance in every sense of the word. They are hearing from demons every day in their lives and behaving in ungodly ways every day. They are not pure and spotless and they give Christianity a very bad name. They are hypocrites.

It has been a very sad situation for me to walk through since 2015. I have talked with thousands of people personally around the world and so many are broken hearted because they desperately love people who treat them horribly. The spirits of Jezebel and Leviathan cause people to control, manipulate, walk in pride and are evil to people every day. They raise their voices in anger with tones and dominate people with mercy hearts who do not like to argue who struggle with the spirit of Ahab. People who have been hurt deeply by a parent or have sexual violations develop bitterness in their hearts for those who hurt them which gives legal access to demons to speak to them in their thoughts and instruct them to “pay back” other people in their lives who represent their perpetrators (spouses, children, colleagues at work, people in general, etc) for all the pain they absorbed.

Fake Christians are in the church in masses and unfortunately pastors water down their messages to hyper grace sermons, tickling the ears of their patrons, and do nothing but proliferate the beliefs that anyone who attends a church is saved as long as they asked Jesus to come into their heart years before. Yet unfortunately these people are tormented by demons in their heads whispering to them to force their spouses to do everything they want, to force good wives to submit to their controlling demands of ungodliness and unrighteousness. Good husbands are forced to behave as eunuchs (castrated males) like those who had to submit to Jezebel in 1 and 2 Kings.

Character matters – who are you when no one else is looking? How do you treat your spouse and children? How are you in your business affairs? How pure are you sexually? You simply cannot fake out God. He looks at your heart and mind and that determines if you are truly godly and Christlike or evil and wicked.

18 “And to the angel of the church in Thyatira write, ‘These things says the Son of God, who has eyes like a flame of fire, and His feet like fine brass: 19 “I know your works, love, service, faith, and your patience; and as for your works, the last are more than the first. 20 Nevertheless I have a few things against you, because you allow that woman Jezebel, who calls herself a prophetess, to teach and seduce My servants to commit sexual immorality and eat things sacrificed to idols. 21 And I gave her time to repent of her sexual immorality, and she did not repent. 22 Indeed I will cast her into a sickbed, and those who commit adultery with her into great tribulation, unless they repent of their deeds. 23 I will kill her children with death, and all the churches shall know that I am He who searches the minds and hearts. And I will give to each one of you according to your works.

God searches your minds and hearts and knows if you are of Him or of the enemy as you cannot fake Him. He knows who you really are – and we must all look in the mirror of our lives and be honest in order to truly receive salvation from our sins.

Proverbs 23:7 New King James Version (NKJV) 7 For as he thinks in his heart, so is he. “Eat and drink!” he says to you, But his heart is not with you.

Sin and the Child of God

4 Whoever commits sin also commits lawlessness, and sin is lawlessness. 5 And you know that He was manifested to take away our sins, and in Him there is no sin. 6 Whoever abides in Him does not sin. Whoever sins has neither seen Him nor known Him. 7 Little children, let no one deceive you. He who practices righteousness is righteous, just as He is righteous. 8 He who sins is of the devil, for the devil has sinned from the beginning. For this purpose the Son of God was manifested, that He might destroy the works of the devil. 9 Whoever has been born of God does not sin, for His seed remains in him; and he cannot sin, because he has been born of God.

The Imperative of Love

We need to pursue God with our whole hearts and minds and then we will see the fruit of the spirit be evident in us instead of the flesh. How does one behave in ways of the Lord instead of the world? It is through godly repentance of our sin, pride and evil ways. It is through humbling ourselves from pride. It is from forgiving those who have hurt us in the past, present and the future. Deliverance is needed for people to truly behave in the pure and spotless way Christ is looking for when He returns.

Galatians 5:16-26 New King James Version (NKJV) Walking in the Spirit 16 I say then: Walk in the Spirit, and you shall not fulfill the lust of the flesh. 17 For the flesh lusts against the Spirit, and the Spirit against the flesh; and these are contrary to one another, so that you do not do the things that you wish. 18 But if you are led by the Spirit, you are not under the law. 19 Now the works of the flesh are evident, which are: [a]adultery, [b]fornication, uncleanness, lewdness, 20 idolatry, sorcery, hatred, contentions, jealousies, outbursts of wrath, selfish ambitions, dissensions, heresies, 21 envy, [c]murders, drunkenness, revelries, and the like; of which I tell you beforehand, just as I also told you in time past, that those who practice such things will not inherit the kingdom of God. 22 But the fruit of the Spirit is love, joy, peace, longsuffering, kindness, goodness, faithfulness, 23 [d]gentleness, self-control. Against such there is no law. 24 And those who are Christ’s have crucified the flesh with its passions and desires. 25 If we live in the Spirit, let us also walk in the Spirit. 26 Let us not become conceited, provoking one another, envying one another.

Until people truly repent for their wicked ways, humble themselves from their prideful hearts and minds, forgive those who have hurt them – then the church will simply be a place where the modern-day Pharisees who had wicked hearts during Jesus’ days live today. They will continue to think they are of God when they are actually hurting God’s people on a daily basis. They think they can get away with it but unfortunately they are missing the boat.

Pursuing righteousness with all our hearts and minds truly purify our souls (minds, wills and emotions) to allow us to hear the Lord clearly and then operate in the ways of the Lord. Character matters. Who are you? Do you have a reputation that you are more concerned about hoping people believe you are godly? Or are you more concerned with God and how He views you to be? True revival cannot be sustained until the church chooses to desire to live like Christ. God has been waiting on us to choose to pursue Him and His heart instead of choosing to pursue the world and pull farther away from Him. Character matters.