The enemy knows if he can get enough people to believe lies about a godly person then the effectiveness of what the godly person is trying to accomplish for the Lord will be greatly diminished.  This is how the enemy works throughout the world is to create a false narrative, often about the character of godly people, in order to render them to be completely ineffective.

The people who have the heart of the enemy within them also must appear to have a good heart with good intentions in order for their false accusations to be at least partly believed.  If the general populace know that a person has evil intentions then they will never believe the evil that they are trying to portray about the godly people could possibly be true.

For many of us it is like we are living a real-life spy thriller as we don’t know who we can completely trust.  Many times those with evil intentions will act like they are our best friends and even try to marry us but over time (sometimes a year or longer) we will finally start discerning that they do not have our best interests at heart and were sent by the enemy to hurt us, come against our assignments in Christ and stop us from accomplishing great things for the Lord.

People who would be diagnosed as psychopaths, narcissists or operating in the spirit of Jezebel often times are the greatest deceivers and are on assignment by the enemy to come against God’s strongest and most anointed. 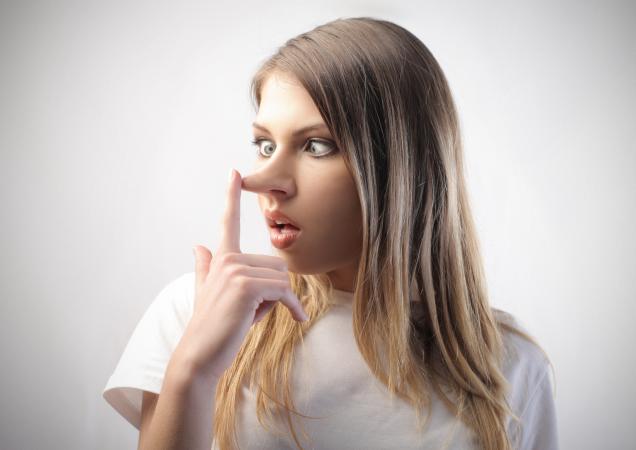 The Welsh Revival started in 1904 and saw over 100,000 people give their lives to Christ in just 9 months.  Evan Roberts was the young man who led the movement in his early 20’s.

The revival finally fizzled out in 1905 when the spirit of Jezebel operating through Jesse Penn-Lewis, a Welsh evangelical speaker and author, beguiled young Roberts. Penn-Lewis seduced and deceived the revivalist in the prime of his anointing.

Penn-Lewis, whose doctrine was largely rejected in Wales and is even now described as apostate teaching by some modern theologians, attempted to ride on Roberts’ coat-tails. Ironically, this Jezebelic woman flattered him with words that aimed to ease the suffering he was experiencing from the religious spirits in the midst of revival. But her smooth words didn’t heal his soul. He suffered a nervous breakdown and went to live at this wealthy woman’s home to recover.

“They built their new home around his needs, including a bedroom, prayer room and private stairway. It was there that the great revivalist was confined to bed for more than a year,” says Roberts Liardon. “Evan became ever more isolated and reclusive as years passed. He refused to see friends, and eventually family. He allowed Penn-Lewis to dictate who he would see, and what he would do. They wrote a number of books together, the first one, War on the Saints, was published in 1913. Mrs. Penn-Lewis stated the book was birthed from six years of prayer and testing the truth. Within a year after the book was published, Roberts denounced it. He was quoted as saying it had been a ‘failed weapon which had confused and divided the Lord’s people.'”

Evan died at age 72 but stopped preaching in his early 20’s because of Penn-Lewis.

People who operate in the spirit of Jezebel have several things in common about their upbringing.  They all were hurt by either someone or several people when they were growing up.  It could have been their father, their mother, step-father, step-mother or any other person.  It usually would have been through some type of control, manipulation or harshness.  It could have involved verbal abuse and could also have been physical or sexual abuse (which could have just been a sibling or neighbor touching them or “playing doctor”).  When these wounds happen when we are younger, then demonic voices will speak to us in our minds and cause us to struggle to have peace, be tempted sexually and we will be triggered often, not trust God and take out our pain on those we have future relationships with and to lie about our own bad behavior often to make us look good and then lie about other people to try to turn people away from them and control them, stopping them from their assignments in Christ.

Often times the relationships a person has become broken, filled with much strife, arguments and anger with bitterness.  Pride also will develop strongly to block a person seeing anything in their own lives that they need to correct.  Pride is the spirit of Leviathan which is talked about in depth in Job 41.  Verse 34 states that “He beholds every high (prideful) thing; He is king over all the children of pride.”

People who struggle with the spirit of Jezebel will lie often about their victims to control them and get from them what they want.  Those they are married to would be operating from a spirit of Ahab.  Ahab’s benefit from being married to people with the spirit of Jezebel because they will get them what they want, although they will usually break the rules and manipulate other people, often through lying about them.  A classic example is the story of Naboth and his vineyard.

21 And it came to pass after these things that Naboth the Jezreelite had a vineyard which was in Jezreel, next to the palace of Ahab king of Samaria. 2 So Ahab spoke to Naboth, saying, “Give me your vineyard, that I may have it for a vegetable garden, because it is near, next to my house; and for it I will give you a vineyard better than it. Or, if it seems good to you, I will give you it’s worth in money.”

And he answered, “I have found you, because you have sold yourself to do evil in the sight of the Lord: 21 ‘Behold, I will bring calamity on you. I will take away your posterity, and will cut off from Ahab every male in Israel, both bond and free. 22 I will make your house like the house of Jeroboam the son of Nebat, and like the house of Baasha the son of Ahijah, because of the provocation with which you have provoked Me to anger, and made Israel sin.’ 23 And concerning Jezebel the Lord also spoke, saying, ‘The dogs shall eat Jezebel by the [b]wall of Jezreel.’ 24 The dogs shall eat whoever belongs to Ahab and dies in the city, and the birds of the air shall eat whoever dies in the field.”

People who struggle with the spirit of Ahab will often repent when people find out what evil they have done – while those with the spirit of Jezebel have a much harder time repenting due to the pain from their pasts, unforgiveness for those who have hurt them, and pride.

So the next time you hear some gossip about someone – ask the Lord if any of it is true to get confirmation. You could just be listening to a lie from a person who is operating in the spirit of Jezebel and if you believe the lie to be true – then you could become an accomplice of Jezebel and face consequences from the Lord.