THE STRONGER YOUR ANOINTING THE MORE EXTREME YOUR CLIMB

Many people in the church want to receive the strongest anointing from the Lord and have the most prominent positions as possible, but if they realized the cost it took to receive it would usually say no.   I never had a desire to do anything in ministry ever in my life.  My goal was to make as much money as possible, travel the world, enjoy a good life for myself, and die.  If I could influence a few people to come to Christ along the way then great.  Then one week I was invited to attend a Morris Cerullo conference in Nashville, TN in January 2009. I was prophesied over by three different evangelists and pastors my first time ever.  All three said that I would lead a ministry that would help people around the world to change their lives from messes and misery to peace and joy.  That I would flow in the gifts of prophecy, healing and deliverance.  I watched that week as Morris spoke and had other ministry people including Benny Hinn, Reinhard Bohnke, Myles Munroe,  Steve Munsey,  Kenneth Copeland, John Hagee, Mike Murdock amongst others.  It all looked amazing to me as the Lord began to plant His desire into my heart to consider changing from a very successful financial services career to a ministry.

I remember Morris stating that so many people wanted his anointing and mantle but if they knew what it cost that most would never do it.  I had no idea what he really meant.  Then later that year when I was visiting Jerusalem in Israel for the first time Morris gave me a direct word from the Lord that said “You will be amazed at the number of lives that your ministry will affect and the rate of speed that it will grow.”  I was so excited to see what God was going to do with me.  I had no idea the amount of abuse and attacks that I would have to withstand.  The loss of all my retirement and savings and lucrative career and large house.  To have people who were supposed to protect and support me to betray me and stab me in the back.  The number of lies that people told and the anger and vitriol from people who didn’t even know me.  To lay down my life in every way and to have to live in other people’s homes I didn’t know and hotels and travel non-stop around America and Canada since 2016 with only my clothes in my car.  To try to help people get healed from their past wounds and abuse who were hearing demons in their minds who would try to hurt me and lie about me until they got delivered and then they would love me.  To have times that I could not pay myself but still pursue week after week of serving people, month after month and year after year.  To have women who were not fully healed from their soul wounds try to get me to like them only to lie about me and try to stop God’s ministry.  To have men hate me because of not having their soul wounds healed and being jealous. 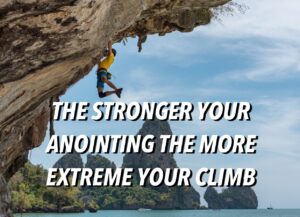 But now to see tens of thousands around the world who have had their past soul wounds healed and demons delivered living lives of peace, joy, purity and having their marriages saved and children restored is all worth it.  To be speaking in Marriott hotels and churches around the country during a worldwide pandemic and seeing life transformations, physical healings and families emotionally healed helping the church to become pure and spotless before Christ returns is all worth it in the end.

So when you have a strong calling on your life – understand that the enemy will do everything he can to stop you from succeeding.  He will send people to come against you like he did Paul and the disciples.  He will send people who have demons to lie about you, try to marry you and crash your ministry and steal your calling.  You may have to be in severe physical and emotional pain feeling like you are on an island dying.  You may have to be in seasons of pain followed by an increased level of additional pain that is stretching you in order to prepare you for more pain and an anointing that will help break the yolks of bondage on hundreds of thousands of people.  Simply put – the more stronger your anointing and calling is from the Lord the more extreme that your climb will be.  But it is all worth it in the end.  Most people will not pay what the cost is.   I told God that I will do anything for Him – no matter what it costs me.  He told me that I had to walk out my life in humility, purity and righteousness before Him to do what was required.  It is not easy trying to get people in the church delivered from their demons but it is needed as so many people are not the pure and spotless bride.  So many people in the church are going to hell if they don’t get delivered.

So the next time you are in emotional, physical, relational, financial pain – remember.  The bigger your anointing the more extreme your climb.  It is worth it in the end.  Die to yourself and live for Christ.  No pain…no gain.  Your pain…His gain.