HOW SHOULD THE CHURCH RESPOND TO COUPLES WHO STRUGGLE IN MARRIAGE?

There is more of a struggle today than ever before within the church between couples who are in relationship where there is strife to the point of emotional abuse between husband and wife (both men against women and women against men). Most in the church know of the Bible scripture below concerning that wives should submit to their husbands and that husbands should love their wives:

Ephesians 5:22-27 NKJV Marriage—Christ and the Church “22 Wives, submit to your own husbands, as to the Lord. 23 For the husband is head of the wife, as also Christ is head of the church; and He is the Savior of the body. 24 Therefore, just as the church is subject to Christ, so let the wives be to their own husbands in everything. 25 Husbands, love your wives, just as Christ also loved the church and gave Himself for her, 26 that He might sanctify and cleanse her with the washing of water by the word, 27 that He might present her to Himself a glorious church, not having spot or wrinkle or any such thing, but that she should be holy and without blemish.” 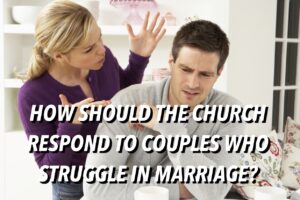 When a godly husband chooses to submit himself to the Lord then he will naturally love his wife like Christ loved the church. Then a godly wife would willingly feel comforted and protected by her husband and submit to his godly authority as it would not be lorded over her nor have any manipulative control involved. He would want her to do what God wants her to do and she would want him to do what God wants him to do. They would be on the same team and pray for one another and realize that any unhealthy strife is of the enemy and should not be tolerated. They would have true intimacy in their marriage.

Unfortunately most husbands and wives have not gone through the soul wound healing and deliverance process so are influenced by hearing demonic thoughts in their mind and behave accordingly to one another and their own children. You will usually see one taking on more of the traits of Jezebel and the other of Ahab (1 and 2 Kings). Jezebel would have been called a Narcissist as she had no empathy for anyone else and wanted to kill the prophets of the Lord and anyone who would try and stop her from doing whatever she wanted to do. Ahab would tolerate the negative behavior of Jezebel in order to keep the peace but there would never be any true peace to be had as drama was all around him because Jezebel stirred him up. Men can and do also struggle with the Jezebel spirit and treat their wives badly.

The truth of the matter is that there is a small percent of “church-going” people who have true loving and respectful marriages the way that God intended. Most will see one of the marriage partners who will behave more controlling, manipulative, prideful and demanding and the other having to give in and tolerate the demands and essentially being emotionally abused. It does not take a person yelling and screaming at you to be considered abusive (although many will do so). Many will just not allow their spouse to make many decisions in their life – or even pursue what God wants for them because they are influenced by demons. They will make negative comments to their spouse in order to get them to have no self-esteem so they can control them like a puppet. Most of those who are demanding know not to elevate their control to the point of physical or sexual abuse, although some definitely cross the line. So when the person who has taken the brunt of the emotional abuse over years finally says “enough is enough” and tries to get help with a pastor or counselor – then the controlling person will try to have private conversations with their counselor to lie about their spouse and get them to believe the spouse they are abusing is actually “the bad one.”

So should a godly wife submit to an emotionally abusive husband? Should a godly husband tolerate an emotionally abusive wife? It is one of the most extreme challenges for anyone who has ever been the recipient of a controlling, demanding, prideful and dominating spouse. Most people tolerate it for many years. It usually does not get better but worse as the demons in the controlling person continue to feel like they can dominate their weaker spouse more and more and eventually try to isolate them from friends and family so that they have no one that can help them. Understand that those who are the most controlling have demons that have been tormenting them since they were young – for that is when they were first hurt and wounded. People who were hurt when young (from their own father or mother or step-parent or through sexual violations) will have demons that gain legal access to them as they develop anger, bitterness, and anxiety for those who wounded them. They have alternate personalities that will be triggered if you don’t give them everything that they want. They often appear to those in church and public like the nicest, charismatic and sweetest people but behind closed doors they will rage, control, dominate and demand their way over their victims.

So what would Jesus say?

Luke 12:49-53 NLT Jesus Causes Division 49 “I have come to set the world on fire, and I wish it were already burning! 50 I have a terrible baptism of suffering ahead of me, and I am under a heavy burden until it is accomplished. 51 Do you think I have come to bring peace to the earth? No, I have come to divide people against each other! 52 From now on families will be split apart, three in favor of me, and two against—or two in favor and three against. 53 ‘Father will be divided against son and son against father; mother against daughter and daughter against mother; and mother-in-law against daughter-in-law and daughter-in-law against mother-in-law.’ ”

When one person chooses Jesus and another does not (even if they proclaim to be a Christian – yet have no godly fruit of the spirit like love, joy, peace, patience, kindness, goodness, gentleness, faithfulness or self-control) then will the Jesus inside of one person be able to enjoy a good life or marriage with the other person who has demons? No. Those who are not healed and delivered will do everything they can to destroy the other. I have seen women who stayed with men who were verbally abusive end up dying because of the constant degradation day after day. I have also seen men who became suicidal after living with a woman who verbally tore him down and belittled him every day. We are not to make an idol of anyone before the Lord and that is what the demons in people want to do. They want to brainwash you into submitting to them under the guise of Christianity all the while abusing you to where you can’t do anything that God would want you to do. You have to choose who you will serve…the demons in your spouse or God.

An unbeliever in the true sense of the word is a person who has no godly fruit of the spirit.  They can lie and say they are a Christian but if they are mean, controlling, prideful, arrogant, lie, argumentative, sexually impure, then they are not a believer.  To be a true believer you must have proof of some good fruit of the spirit like love, joy, peace, patience, kindness, goodness, faithfulness and self-control.

I always say to give your spouse a chance to get healed and delivered but if they refuse to and want to lie and put the blame all on you then God will let you know when it is time to separate to give them a final chance to own their negative behavior and choose to get their soul wounds healed and delivered. If they refuse then God will release you from the marriage. He would rather you get freed from demonic control so you can do what He called you do to in your life and help others. It is sad for those who choose to keep their demons as their lives will get worse (Revelation 2:18-23). We have seen great success for those who have chosen to get healed and delivered as they experience walking in the fruit of the spirit and have such a peace like never before.

God wants all to choose him, to get healed from their soul wounds, forgive those who hurt them, repent for their pride and sin, and walk in the fruit of the spirit every day and loving their spouse like Christ would want. People all have a freewill to choose. If you do not choose healing and deliverance then your life will not go well. If you do choose to be healed and delivered but your spouse refuses then listen and be directed by God. He knows being connected to a demonically controlled spouse will stop you from doing anything for God. Who are you going to choose…the demons in a spouse or God?

6 Replies to “HOW SHOULD THE CHURCH RESPOND TO COUPLES WHO STRUGGLE IN MARRIAGE?”