I recently had met with a woman at a cafe who had been struggling with her marriage.  She had grown up with deep rejection wounds from her mother and father.  She had already suffered from three divorces and was in her early 30’s.  Her husband had reached out to me a few months earlier, desperate to help her get freedom from the enemy as she had behaved extremely abusively towards him during their short marriage.  He loved her greatly, yet the spirits inside of her were extremely controlling, manipulative as well as verbally and physically abusive to him.

In my conversation with her at the cafe, I had explained how when a child grows up with feelings of rejection, harshness, control and manipulation from a parent (or both), how the enemy starts to whisper to them that they are not wanted, they cannot trust their parents, and that they will need to trust no one in their lives.  That they must be extremely controlling of their circumstances and get their own way on most everything.  The enemy whispers to them constantly and torments most every decision, totally unaware to them.  Their spouse receives the full brunt of their pain once they get married.  Most that they marry, are loving and kind, but easy to control.  After a year or two, their spouse typically cannot take the behavior anymore and either separate, or divorce.  When their spouse separates from them, they often times have no use for them anymore because they cannot control them, and then they divorce their loving spouse. 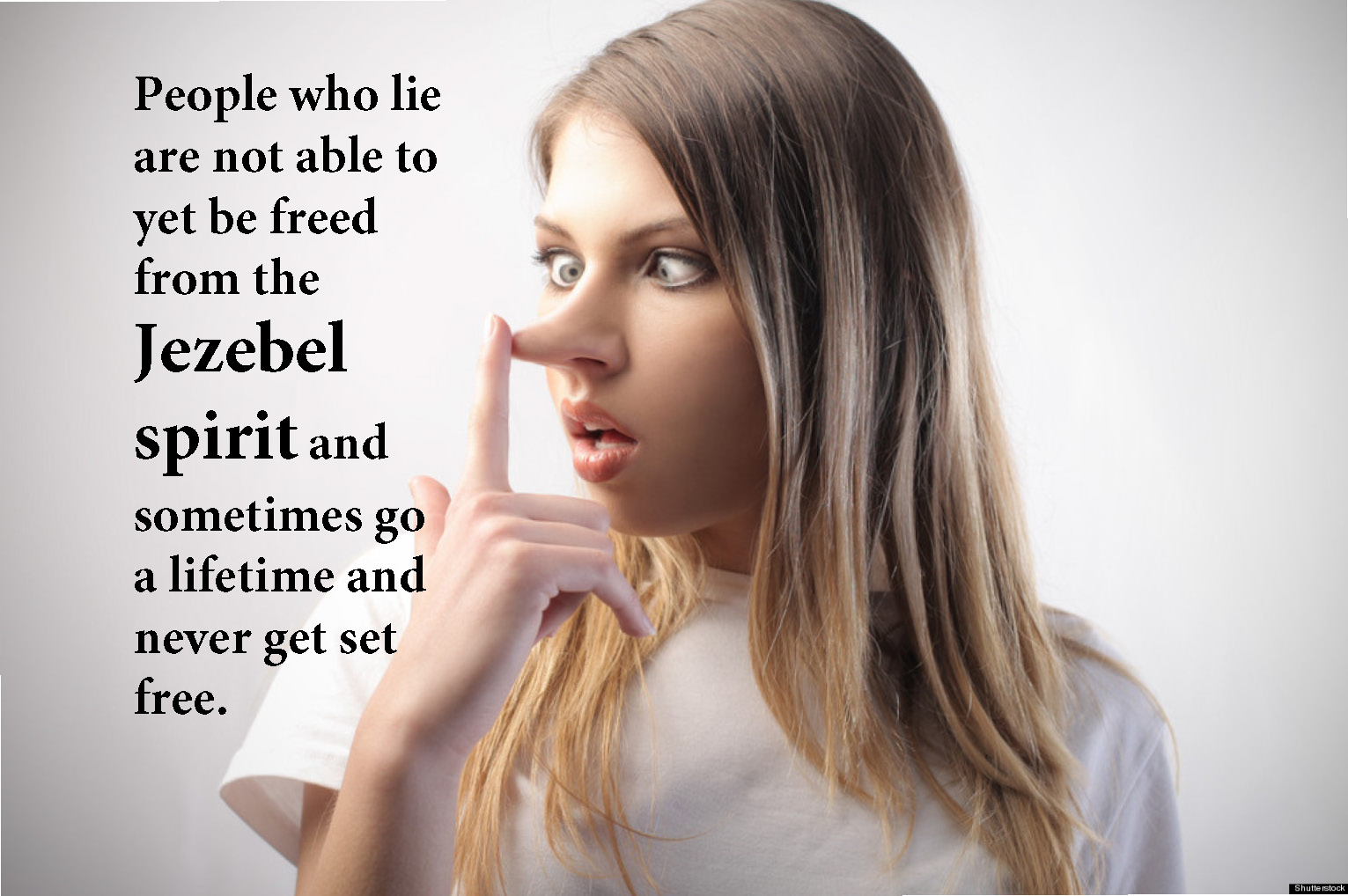 So during my conversation with the woman at the cafe, I could sense that she had a very strong spirit of Jezebel (and Leviathan).  She listened to me but I could see in her eyes that she did not want to admit the truth.  She began to fidget and looked uncomfortable.  Then she began to lie and twist the truth and blamed her husband for all their issues without taking any responsiblity.  Her husband was gentle and loving and desired to stay married, yet had been abused in severe ways.  Unfortunately his wife was not ready to be honest and there was nothing that I could do to help her.  I have dealt with similar women in my ministry (and men) that, unfortunately, would not be honest, and there is simply nothing that I can do to help until their lives get worse, and they come to the end of their lies, and decide to get honest.

It grieved me greatly, because I wanted her set free so that she could live a life full of love, and peace,  instead of pain, torment and another divorce.  God gave us a free will and we can choose to keep our lies and live a life of deceit.  But it will only end in loneliness, despair and defeat, sometimes for a lifetime.  I have worked with women (and men) that were in their 80’s and even 90 years of age, who finally admitted that they had been struggling with the Jezebel spirit and were now ready to be honest and command the spirit to go, and then got freedom for the first time.  I recently had a woman reach out to me whose mother has been denying any fault in her life and now has had 9 divorces. Another woman from New Zealand had her family come to confront a relative who had been operating in the Jezebel spirit at a strong level her entire life and she was now in her 70’s.  The woman denied she had it and got up to walk away from her family pleading with her to command the spirit to be gone.  After she took 2 steps, she dropped to the floor, and died. Therefore I implore that for all who are struggling with the spirit of Jezebel (and Leviathan) to please be honest, and command those spirits to be gone as soon as you are aware that you may be dealing with them.  Growing old, alone, is no fun, but growing old without God is hell.