Learning that I had an authority in Christ changed everything

I had been a spirit filled Christian my entire life but no one ever told me about the greatest life-changing revelation until June of 2009.  A man from California explained to me that we could actually do the same things that Jesus did, but only if we learned about our authority in Christ.  I had never heard of this revelation before and was greatly intrigued.

He explained to me that when we truly knew that we had the power of Jesus Christ living inside of us, then when we prayed we would expect to see the same results that Jesus did.  That the enemy could only keep spirits affecting us and infirmities on us as long as we did not exercise this authority.  It made a lot of sense to me when he explained that for the first time in my life.

So upon learning about this revelation, I commanded the enemy spirits to go from my son, who had been afflicted for 10 years, and overnight he changed from being a disrespectful, argumentative 18 year old boy, to a loving, gentle and kind young man.  I wondered why the pastors in church never told me about this life-changing power that we had to command spirits from others and ourselves. 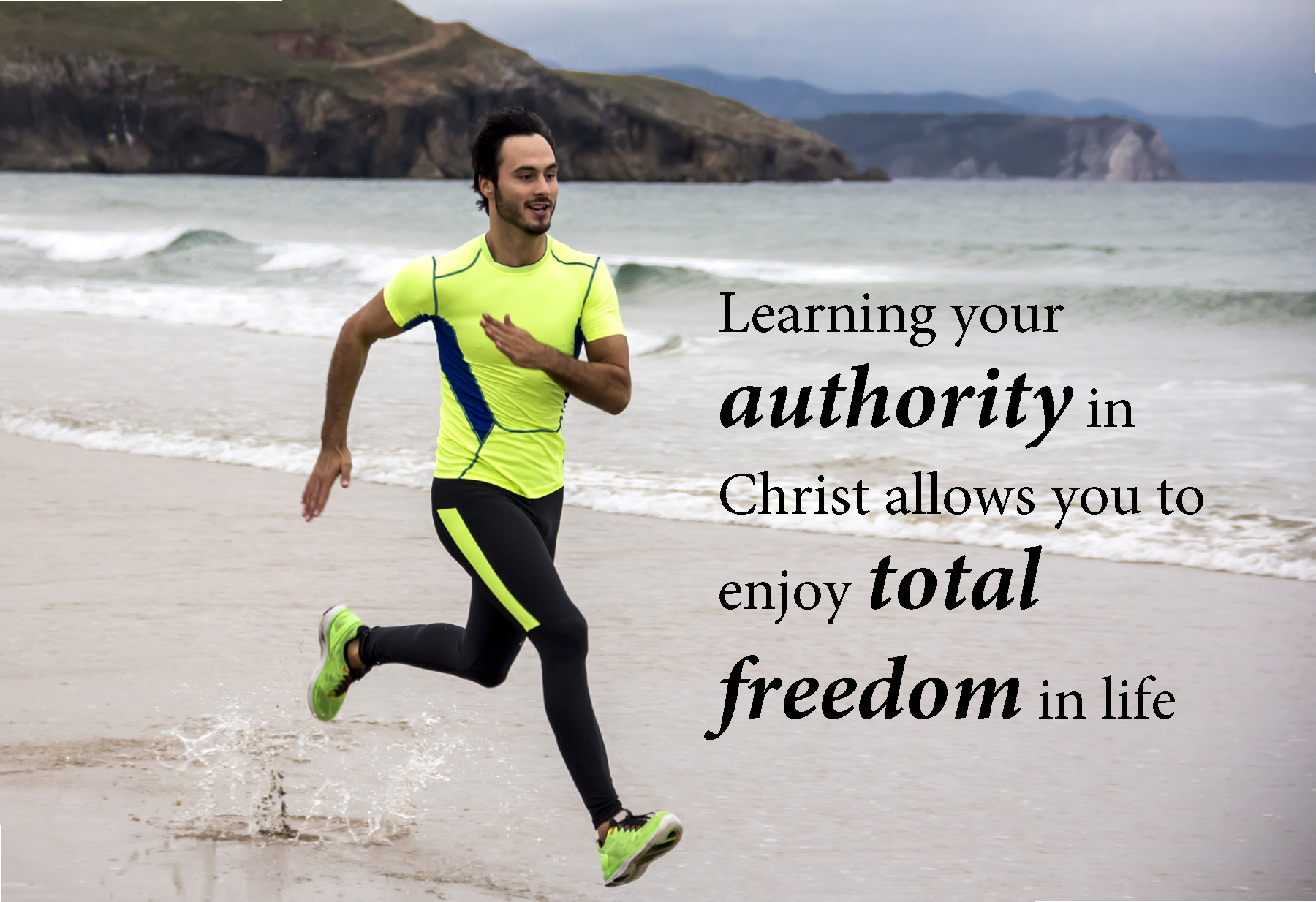 Then I began to learn about how this authority in Christ would also work in other areas of our lives.  I had an extreme toothache that came upon me one evening.  By 2 am I could no longer sleep as the pain was so strong.  So the Lord told me to use my authority in Christ.  I then declared out loud “I command you spirit of infirmity to go in Jesus name!”  Instantly the pain left.  I was shocked, but had no pain immediately.

Then a few months later I reached over a gate awkwardly to pick up a dog, and I heard my back disc pop out loudly.  Instantly I began to get into fear as the enemy whispered to me that back injuries never get healed, will cost tons of money for surgery, and will have pain the rest of my life.  Immediately my back was not only in excruciating pain, but my entire body as well.  It was the worst pain I had ever felt in my life.  I called my mentor to have him pray for me, but he laughed and said I was too anointed for him to pray for me.  That I had to learn to walk out my healing because I would eventually teach thousands around the world about this revelation.

So I went to bed that night in extreme pain, taking no pain meds for  it so as not to taint allowing the Lord and my faith to do the job.  The next day I commanded the pain to go and back to be healed and it did not work. I was going to give up but my mentor told me not to, that my faith would allow God to work the miracle for me.  So i fought through it and changed my mind from fear and pain, to  complete faith, and the pain started to weaken.  By the end of that day the pain was 50% less.  The next day I knew that it was going to all go and it was 90% healed.  The following morning all the pain was gone so I put on my running shoes and ran 3 miles with no problems.

Later I decided to test my ability to withstand getting bronchitis and pneumonia.  I had caught those 12 years prior and the doctor told me that I would always get it every year after.  I did.  So I put it to the test.  I ran outside all winter believing that I was no longer going to get it.  And I did not.  Yay God!

The next test was a bulge in the center of my upper back the size of a golf ball.  I commanded it to go. It did not budge.  The Lord told me as long as I did not get into fear that He would heal me from everything for the rest of my life. I did not fear.  It did not go for a week. 2 weeks. 3 weeks. 4 weeks. 5 weeks.  Still not in fear.  My wife began to get in fear about some blurriness she was getting in her vision.  The Lord then spoke to me that he wanted her to pray for me because she was going to have the same golf ball sized bulge come on her body in the coming months and she needed faith to believe for her healing.

So I had her pray for my bulge and I prayed for her vision. She was healed instantly.  However, it took 3 days before my bulge began to shrink just a little. Little by little over 3 weeks it took before completely dissolving.

So I learned my authority and never fear anything.  I have gone 8 years with having the Lord heal me from everything.  Never taken a Tylenol or ibuprofen, any medications. Or vitamins or supplements.  I even dropped all health care insurance 4 years ago.  And I have no fear.  So the Bible was really true when it said that “by His stripes we were healed” and that we could command our mountains to move and they would go into the sea.  Faith is not for the weak of heart. The enemy knows if you truly know your authority or if you just say you do.  I proved to myself that we can walk in the same power and authority as Christ.  And if I can do it, a former banking software executive, then so can you. Keep your faith on!