People with the Jezebel spirit are professional grade liars

How can you tell if a person is lying to you?  Time.  People who operate in the Jezebel spirit are professional grade liars who operate out of such an advanced level of deception that it is often extremely hard to discern when they are lying to you.  They will appear to be such a loving, caring and genuine person to your face, while lying about you behind your back to people who do not discern that what they are hearing is a lie.  If you are dating a person with the Jezebel spirit you will usually not be able to pick it up.  All the way through courtship, until it is too late and you say “I do.”

One man dated his wife for a short period of time, then upon their wedding night, just hours after saying “I do” , had his wife go on a verbal tirade which continued every day and night for the next 6 years until he finally had enough and prayed and the Lord released him.  She also became physically abusive to him.  Yet appeared all sweet and nice to those she knew in the church so no one perceived how evil she was behind closed doors.  When a person lives in a larger city or metropolitan area they are able to get away with it as they go through multiple marriage partners as they can move from church to church more easily and then pull in their victims with lies about their previous relationships. But in time, the truth always comes out. 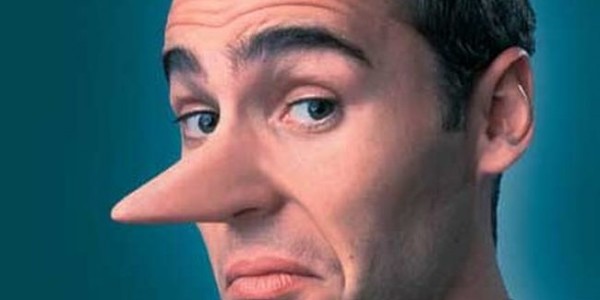 When a person lives in a smaller town, it becomes a little more challenging as the Jezebel liar has to lie even better due to having less wiggle room.  Especially if the person that they were married to does not just limp away into oblivion as their previous victims did.  If they rise up and speak the truth in boldness, then eventually the truth comes out and they may have to move farther away in order to have people not know about how they controlled and manipulated their previous spouse.  Often times these people are in ministry (worship leaders, pastors, etc) and stand up in front of the congregation on Sunday mornings beaming so brightly and appearing salt of the earth, while their spouse just shakes their head in disgust as they know the real truth of who they are as soon as they get in the car to drive away.  They are a modern day Pharisee who say one thing that looks so pure and holy, while walking out the church door and turning back into satan as they jump in the car to drive away.  They are such good liars, that they will often believe their own lies and  deceive themselves.

So what is a person to do who is married or in relationship to someone that operates in this Jekyll / Hyde behavior?  It is a very awkward situation to say the least.  In many cases the person truly loves them, but in reality that person’s spirit of Jezebel wants to destroy them and will do everything possible to provoke them, lie about them and in some cases the victim will get more physically sick due to the constant verbal barrage and may die.  The Jezebel spirit is truly the most evil spirit a human on earth can have.  The Leviathan spirit usually joins in with them (pride, arrogance, twisting the truth in their minds) and the two spirits together will cause their victims to think that they have gone crazy.

I minister to thousands around the world who have either operated in those spirits, or are / were married to them.  It is the same thing in every case.  The Jezebel spirited person lives a double life.  They always try to position themselves into a position of leadership or importance in the church, while behaving horribly behind closed doors.  Most that I get delivered confess that they would not have gone to heaven if they would have died before being delivered.  I have to agree with their assessment.

So what is the solution?  Counseling does not work with them because they will manipulate their counselor in believing that they are the innocent one while blaming the true victim.  And the pastor or counselor will usually believe the Jezebel liar, sadly.  This causes the true victim to feel even more abused.  In one case, the pastor of a church supported the evil Jezebel wife of a husband who had been abused for 6 horrible years.  The pastor told the true victim husband to leave his church while actually encouraging his wife to divorce him for her 4th divorce!  Ultimately the Lord was not pleased and caused the members of the church to start leaving and just over a year later the entire church was shut down and sold to the humane society. Just like Jezebel was eaten by the dogs, the church was sold to the dogs.  How ironic.

In another case a man who had the Jezebel spirit was a worship leader and began abusing his sweet wife.  She could not take it anymore and stood up for herself. He then began lying to other people and ultimately the two separated.  They tried counseling but he manipulated their male counselor to get him to believe him instead of the truth that his wife tried explaining.  He then quickly moved into another relationship after moving to another church and being its senior pastor.  His children were being groomed by Jezebel and began behaving like their father.  Living a double life may last for a time but eventually the truth comes out.  His health began to suffer.  The Lord was not pleased.

You may be able to deceive people for a time, but God knows the truth and will reveal it over time. In some cases the whole community will finally know the truth and the Jezebel person will simply have to move away to another city or state to start their lies all over again.  It is time to be honest and get free.  My book Restored to Freedom (available on Amazon) has been seeing thousands around the world get freed from the Jezebel and Leviathan spirits, changing their lives and saving their marriages and ministries.