Tolerating The Jezebel Spirit Comes with a price

What does the Bible say about tolerating the Jezebel spirit? In Revelation 2:20-23 NKJV the Lord is discussing a church of the past (Church of Thyatira) which represents many churches today “20 Nevertheless I have a few things against you, because you allow that woman Jezebel, who calls herself a prophetess, to teach and seduce My servants to commit sexual immorality and eat things sacrificed to idols. 21 And I gave her time to repent of her sexual immorality, and she did not repent. 22 Indeed I will cast her into a sickbed, and those who commit adultery with her into great tribulation, unless they repent of their deeds. 23 I will kill her children with death, and all the churches shall know that I am He who searches the minds and hearts. And I will give to each one of you according to your works.”

So what does this mean?  It means that the Lord is extremely fervent of anyone who is operating in the Jezebel spirit (men or women) to stop it and to get delivered to become honest, pure and holy before him.  And if you allow people within the church to operate in the Jezebel spirit, then He will do something about it. In many cases God gives a person warnings along their lives to shape up and stop their insidious, evil behavior and to repent before Him and change. If they choose to continue to control, manipulate and hurt his people through their devious behavior, then he will eventually take them out as well as their disciples who operate in the Jezebel spirit. He does not mess around. 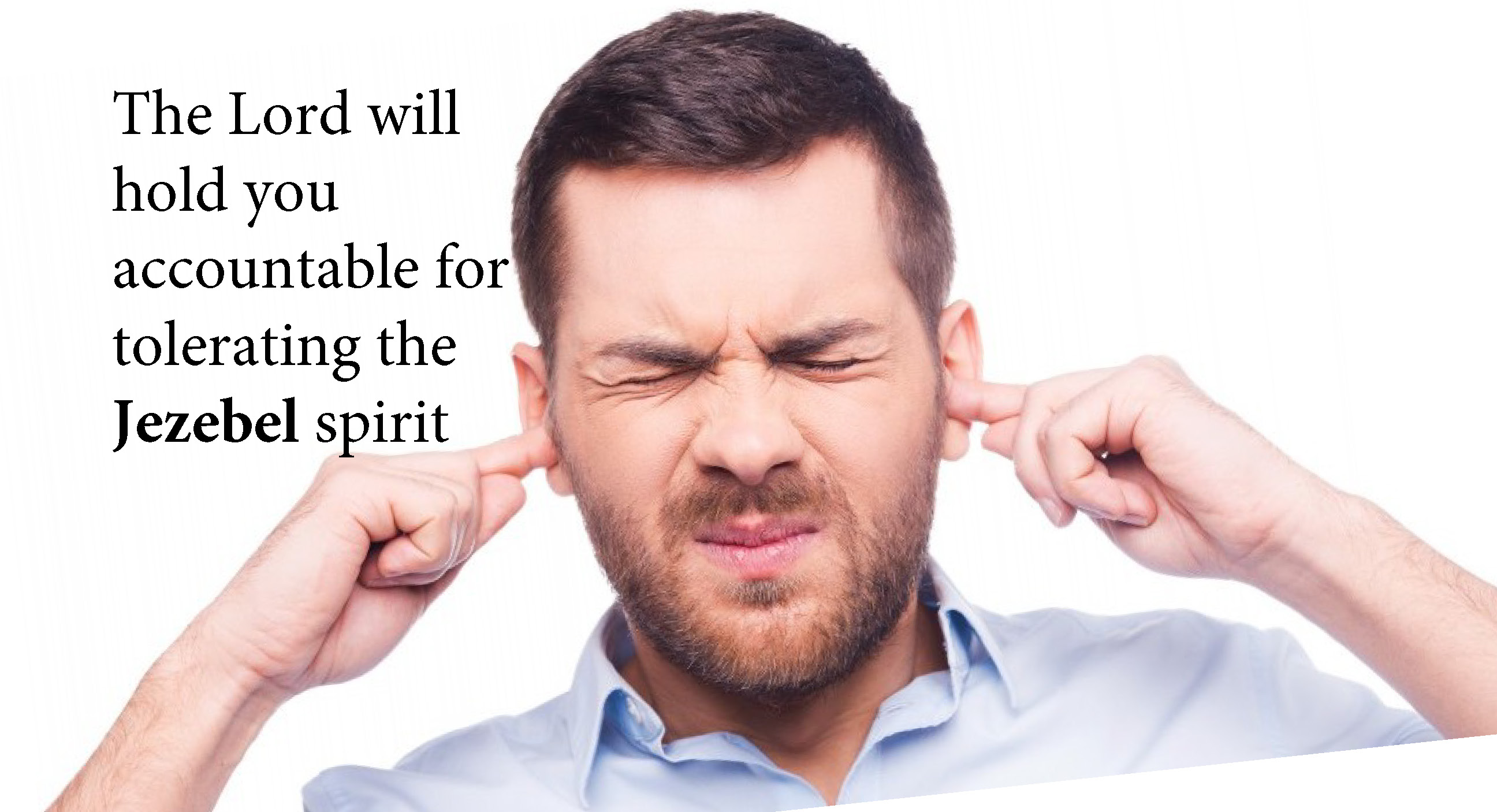 I know of a church whose leaders tolerated the Jezebel spirit, preached that there was no such thing as the Jezebel spirit and even went to the extent to state that God loved people so much that if you happened to die and go to hell that He would give you one more chance to get out.  The pastor also encouraged those who had the Jezebel spirit to divorce their husbands or wives instead of getting the abusive spouse delivered from Jezebel.  God then had one of the abused husbands confront the pastor to let him know what he was preaching was an abomination to the Lord and unless he repented and changed, his church would be shut down.  The pastor mocked the warning, and a year later lost his entire church as the Lord shut it down and sold it to the humane society.  Just like Jezebel was eaten by the dogs the Lord sold the church to the dogs.  God does not mess around.

Another woman from New Zealand was operating in the spirit of Jezebel and was finally confronted by her family and she denied it. She took 2 steps to walk away and died.  God is very patient at waiting for people operating in that spirit to repent but there comes a day when He says your time is up.  There are many in the church around the world who are operating in the Jezebel spirit and God is now moving upon them to cease.  He is notifying those in the church leadership that if you allow people in your church to operate in the Jezebel spirit, that you will be held accountable.  Therefore what do you do if you are a pastor or leader in your church and know that you have people who attend your church (or are in leadership positions)?  You cannot simply turn a blind eye and allow these people to operate in sin.  You must address it.  Yes many that are pastors and leaders suffer from the Ahab spirit, so have difficulty with confronting people who are operating in it.  But it must be done.  You can no longer allow Jezebel to operate or you will also be judged.

I have been called into churches around the country to address those within their church operating in the Jezebel and Leviathan spirits and have seen entire congregations delivered at once. Then the church is able to operate in the purity and holiness that the Lord requires.  Those that continue to operate in the Jezebel spirit have then been officially notified by the Lord and their lives will get worse until they either repent and give it up or the Lord makes their life worse until they don’t want to keep it anymore.

The fact of the situation is that there are people who  operate in Jezebel in every church in the world and more than 75% of the leaders and pastors are simply allowing it to happen.  Many don’t know what to do.  One pastor contacted me because his wife was operating in it and trying to shut him down from teaching effectively.  So he contacted me to come to his church and to speak and minister to the entire congregation in hopes that his wife will get set free because it was killing his marriage, ministry and  life.  It is time for everyone to stand up for Christ, purity and righteousness and do the right thing!  No more cowering in the corner allowing Jezebel to threaten and dominate.  Become a mighty man or woman of valor and deal with people who have been abusing others their entire lifetimes.  The Lord will hold you accountable.

That is what I am doing at Restored to Freedom, getting the church purified and holy as we prepare for the return of Christ for His people.  It is time as we continue towards the end times of this world as we know it. It is time to stand up and be held accountable.  Do you know of people in your church or life who are operating in that devious spirit of Jezebel? If you do, then address it and get them delivered. If you do not know how to get them set free then you can contact me and I will do it for you.  I am training people around the country to help them be equipped to effectively know what to do in order to purify the church.  It is time.

14 Replies to “Tolerating The Jezebel Spirit Comes with a price”