How to walk in peace 24 hours a day

Walking every day in peace is what every human desires. It does not matter if you are wealthy or poor – if you are constantly in fear, depression, anger, jealousy or a myriad of other negative behaviors, you desire the peace that passeth all understanding.  If you have physical infirmities in your body and have pain every day – you desire to walk pain free.  I have learned that in order to walk in peace and pain free we must ensure that the enemy no longer has a legal right to torment us.  If he has a right due to sins from our great grandparents, grandparents or parents or our own choices then we must break off those rights using our authority that Christ gave to us when he died on the cross. 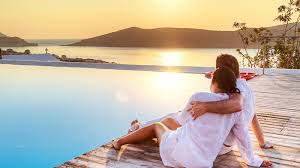 One area that the enemy affects many people is in the area of unforgiveness. If you have grown up with a parent (or both) who have hurt you through their words spoken, or acts committed against you – then you must choose to forgive them. If anyone has hurt you (which we all have people who have wronged us) then you must choose to forgive them. It is a choice. You have a free will.  If you harbor bitterness and anger towards them – then the Father cannot forgive you. Matthew 6:15 NKJV states “But if you do not forgive men their trespasses, neither will your Father forgive your trespasses.”  If you have trouble forgiving them – ask the Lord to show you how He sees them.  Then He will reveal in the spirit what happened to them which caused them to behave that way.  I think about a scene in the movie ‘The Shack’ where the main character in the movie was in a cave talking to a spirit called Wisdom.  She was showing him various people in life who hurt other people and asked him if they should go to hell. After several people who were murderers and adulterers and other sinning people who the man condemned to hell – she showed him a little boy who was being abused. He said that the boy should not go to hell because he was abused by his father. Then she told him “That boy was your father.”  He was shocked.  For you see – his father had beaten him when he was younger.

I remember watching that scene in the movie and immediately thought about all those who operate in the spirit of Jezebel and Leviathan which cause people to control, manipulate and dominate other people in order to get their selfish way.  They are in the church, married to people and in the workforce.  There are millions of them in the world and those who have relationships with them are pained greatly by them.  When I saw the movie – I knew that all those who operated in Jezebel and Leviathan were hurt by the rejection or pain from a parent or two.  What the movie did not connect – was how in the spirit the enemy would then begin to whisper to the child growing up things like “Your father did not love you”, “You were never wanted,” “Your mother wished you were never born from her,” “You cannot trust anyone,” and so forth.  If people truly understood the revelation that not all of your thoughts are from you and that the enemy whispers his thoughts to you in order to get you to partner with him and then can control you to hurt other people – then this world would truly be a much better place to live.

I have seen thousands around the world who are living lives of peace by doing three things. First they willingly choose to forgive all people who have ever hurt them. Parents, spouses, ex-spouses, children, relatives, teachers, etc.  Once you forgive you being to strip the right of the enemy to have a legal right to keep sickness on you, anger within your body which causes such a poison within.  Second, you must choose to willingly repent for your serving of the spirit of Jezebel (which is the main spirit that allows other spirits to come in and have a legal right to torment you).  Jezebel is made up of spirits such as control, manipulation, fear, anxiety, depression, sexual perversion, lust, etc.  Also the Leviathan spirit must be repented from as it is the main spirit behind most sickness and infirmities. It literally will wrap around a person’s spine and twist causing back and neck pain, scoliosis, insomnia, falling asleep when reading or listening to the Word or other Christian books, diseases like fibromyalgia, lupus, cancer, etc.  It causes a person to be prideful and twist the truth in their minds.  Once you have repented from serving those spirits – then you simply must use your Christ-given authority and command the spirits to go.  When you mean it – and command the spirits to go – then you will feel more peace instantly come in to you. Fear will go.  You will often times feel much lighter as the heaviness of those spirits are gone.  You will sleep soundly and have good dreams.  You will not hear the enemy’s voice as loudly. You will hear the Holy Spirit speaking to you much louder,  You will often walk in the anointing stronger and prophesy over other people accurately.

Then you will often be healed instantly from all kinds of the sickness and infirmities that you have suffered.  You will have some mindsets that you must continue to walk out in the new you with – but you will not be tormented by hearing the enemy’s voice as loudly. It is important when maturing in your Christian walk to discern when the enemy tries whispering to you in your head.  Praying in the spirit (tongues) is a huge part of walking in the spirit more strongly and being able to control your fleshly desires. I wrote a book named “Keep Your Peace On” that has helped thousands of people to walk in peace 24 hours a day. It talks about how to discern when the enemy is whispering to you trying to cause you to get into fear, anger, taking offenses and other enemy ploys.  When you can discern within the first few words of what the enemy is whispering – you can stop him from speaking an entire sentence. Peace is a great thing when you can live in that world every day – no matter what is going on around you,