How Jezebel controls the world

When you think about the world and who gets what they want – they are usually people who will get angry, raise their voice, have a tone, manipulate, demand, argue for hours and wear you down until you give in to their demands. Then after all that if they still don’t get their way they will lie about you to people who have influence over you to put pressure on you to either manipulate you more to get you to break so you will give in to their demands or to take away any good thing in life that you could possibly enjoy. Do you know any people like this in the world?

Then there are people who will do anything to avoid an argument or strife. They feel sick to their stomach if they have to debate anyone, stand up to enforce the rules or policies that are established and are afraid of being rejected so will compromise on everything and tolerate behaviors and situations that are ungodly. 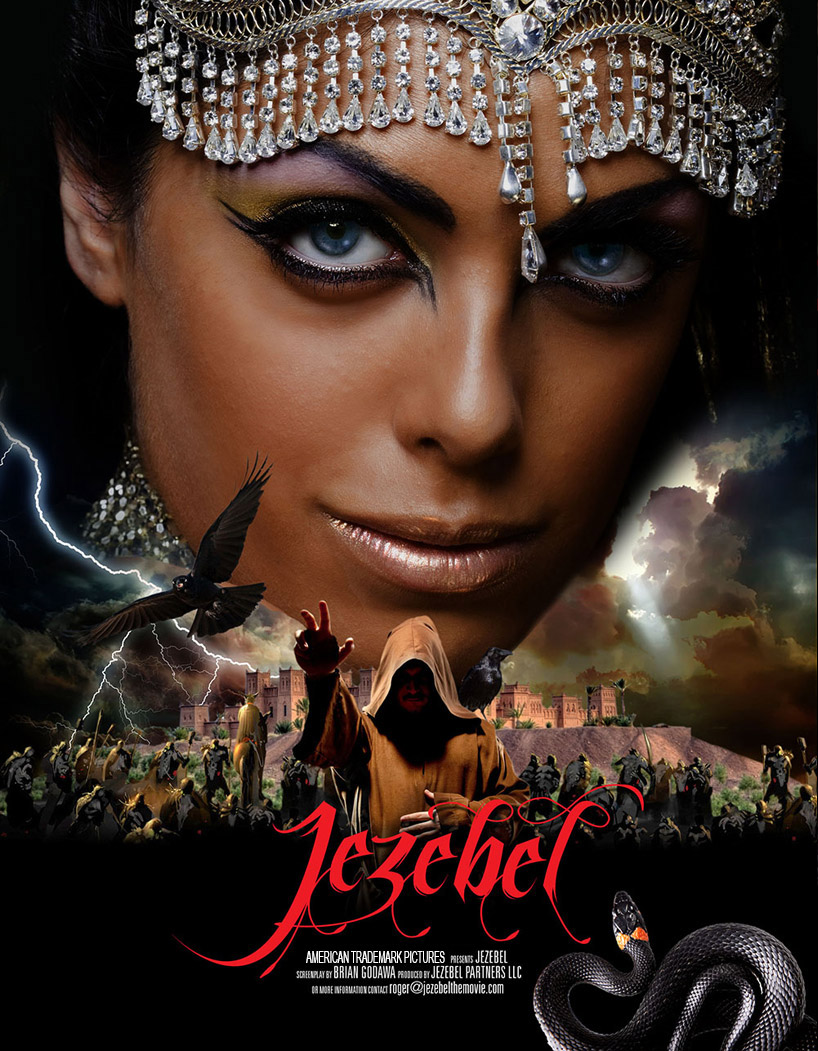 These two types of people are all throughout the world, in every church, in the business workplace, schools, health care, and governments in every nation. These two types of people draw to each other in most marriages and relationships. You have a giver married to a taker. A person who is controlling and demanding marries one who is passive and gives in to keep the peace.

So many people in life fit into these two types of people. Those who are stronger in their opinions and believe everyone else is wrong and those who are weaker who tend to agree with everyone who is stronger so they can avoid an argument that may last many hours if not days, weeks or months. And usually who wins? Those who are the most demanding and will not budge.

When people riot do they do so quietly and in order? No – they usually yell, scream, demand, throw and burn things and create a type of pandemonium to instill fear in their opposition. So what is the root issue behind these two types of people. Why can’t they both behave in harmony, display unconditional love and joy and be godly? Because they are both hearing from demonic spirits in their minds.

Those who are more the aggressor, demanding, angry, prideful, lying, controlling are hearing the voices of demons that would be classified as the spirit of Jezebel. Jezebel involves many other demons that report to it including, fear, control, lying, manipulation, anger, jealousy, sexual perversion and pride (which comes from the spirit of Leviathan in Job 41).

Those who are more of the type who want to avoid confrontation, just want to get along with people, afraid of being rejected would be dealing with the spirit of Ahab. Ahab was a king who should have married a godly woman in 1 and 2 Kings but instead chose to compromise his godly values and marry Jezebel for political gain. Jezebel killed God’s prophets and anyone who tried to stop her and forced people to worship Baal.

Approximately 80-85% of marriages in the world are comprised of people who would be influenced in some way from the spirit of Jezebel and Ahab (and Leviathan) to some degree. Women typically struggle more with the spirit of Jezebel by a 2:1 ratio over men due to being hurt more easily by a father or mother who was not close to them (as men are designed by God to be tougher to withstand more yet still can be hurt by pain from their parents and others in life that are hurtful enough). Women also get touched sexually inappropriately about twice as much as men which give the legal right to demons to attack their minds. Men who have the Jezebel spirit exhibit the same behaviors as the women because it is the same demonic spirit giving them thoughts – although men are stronger so can hurt women more easily if they get physical with them.

When wounds occur in a person’s life through their parents, step parents, sexual violations, other people, the enemy now has a legal right to start to torment them in their minds and thoughts as they start to hear thoughts from the enemy telling them how bad the people were who hurt them. They hear the demonic spirits telling them that they cannot trust their spouse or others in the work force or at church because those people are just like their father, mother, step parent, or others who have hurt them in their past. So they are controlled like a puppet to do the enemy’s plans unknowingly and this is how Jezebel does so much damage in the world.

And if you are in the church many pastors will preach that Christians cannot be affected by demons yet offer no solution to their abhorrent behavior other than “take every thought captive” and to “love and respect your spouse and children more.” Demons torment Christians more than any other group of people to stop them from living victorious lives like Jesus wants for us. Jesus told us to cast out demons from all people (not just those who aren’t in church). That explains why people who have been hurt come into the church and give their lives to Jesus yet continue to be broken and hear the voices of demons tormenting them in their minds and then hurting other people. That is why couples in church strive and fight and get divorced. They still need to go through deliverance to be freed from that torment in their souls (mind, will and emotions) so they will not hear the enemy chatter so loudly in their minds.

It is time for all who suffer from the Ahab spirit to get delivered and stand up to the bullies who have Jezebel and say “No!” to their ungodly demands. We cannot tolerate decisions that cause people to get hurt, draw away from the Lord, be sexually impure, financially corrupt, etc. The Lord wants all to be aware of the spirits of Jezebel, Leviathan and Ahab at a minimum so as to help people get delivered, freed and pure and to stop bowing to the ungodly demands of Jezebel and other demons. Too many people in the church who are operating in those spirits will not be headed to heaven as their goal is to create strife, pain, lies, and operate out of a counterfeit Holy Spirit to keep people from getting right with the Lord.

19 Now the works of the flesh are evident, which are: adultery, fornication, uncleanness, lewdness, 20 idolatry, sorcery (witchcraft which is Jezebel), hatred, contentions, jealousies, outbursts of wrath, selfish ambitions, dissensions, heresies, 21 envy, murders, drunkenness, revelries, and the like; of which I tell you beforehand, just as I also told you in time past, that those who practice such things will not inherit the kingdom of God.

People who are affected by the spirits of Jezebel, Leviathan and Ahab are walking in the flesh and not the Spirit and will not inherit the kingdom of God.

Matthew 7:21-23 New King James Version (NKJV) I Never Knew You 21 “Not everyone who says to Me, ‘Lord, Lord,’ shall enter the kingdom of heaven, but he who does the will of My Father in heaven. 22 Many will say to Me in that day, ‘Lord, Lord, have we not prophesied in Your name, cast out demons in Your name, and done many wonders in Your name?’ 23 And then I will declare to them, ‘I never knew you; depart from Me, you who practice lawlessness!’

When people get delivered from demons they truly have the heart and mind of the Father and are doing His will. Deliverance is as simple as choosing to forgive all those who have hurt us (truly meaning it with our heart), forgiving ourselves for the evil we have done and repenting for our pride and taking responsibility for our part in hurting others. Then taking the authority of Jesus Christ and commanding the demons to be gone from us. Then we will not hear the enemy chatter in our minds as loudly and can discern which thoughts are coming from the enemy and not believing the lies and taking every enemy thought captive.

2 Corinthians 10:3-6 New King James Version (NKJV) 3 For though we walk in the flesh, we do not war according to the flesh. 4 For the weapons of our warfare are not carnal but mighty in God for pulling down strongholds, 5 casting down arguments and every high thing that exalts itself against the knowledge of God, bringing every thought into captivity to the obedience of Christ, 6 and being ready to punish all disobedience when your obedience is fulfilled.

When you discern all thoughts that are from demons then you can stop the voices within a few words instead of listening to an entire sentence or paragraph. Why would you listen to a demon give you one full sentence of a lie if you discerned it was a demon? It is time to no longer allow the enemy to tell us what to do, to be lied to, to be angry, selfish, controlling, jealous, prideful, etc. When your soul (mind, will and emotions) is healed you no longer behave like the world, and start behaving like a true disciple of Jesus Christ. Then we will have a healthy church that can absorb more into it to help others get delivered and operate as a true Christian.

3 Replies to “How Jezebel controls the world”