2020 is the Year to Pursue Righteousness

In prayer today the Lord showed me the state of the church around the world and how so many have been playing church without true repentance for their sin. They have walked in pride and arrogance coming against those who are godly because they are able to speak louder and make threats if anyone dares comes against them. The spirits of Jezebel and Leviathan have infected many of those in the church at all different levels. Jezebel wants to pursue leadership so they can control other people and come against the true Holy Spirit and shut down the Lord in people’s lives. So many are sexually impure, controlling, manipulative, prideful (Leviathan – Job 41), lie and come against their own godly spouses trying to stop them from doing the work of the Lord, coming against those who are in godly ministries operating for the Lord, wanting to promote themselves, take money from people who are hurting and use them, and they have impure motives in their own hearts.

God said He is going to expose those who have ungodly minds and impure hearts like never before. He has given them time to repent and they are thumbing their noses at Him. There already have been ministry leaders in the church who have been shut down by the Lord but there will be many more who will be exposed in 2020 and humbled. 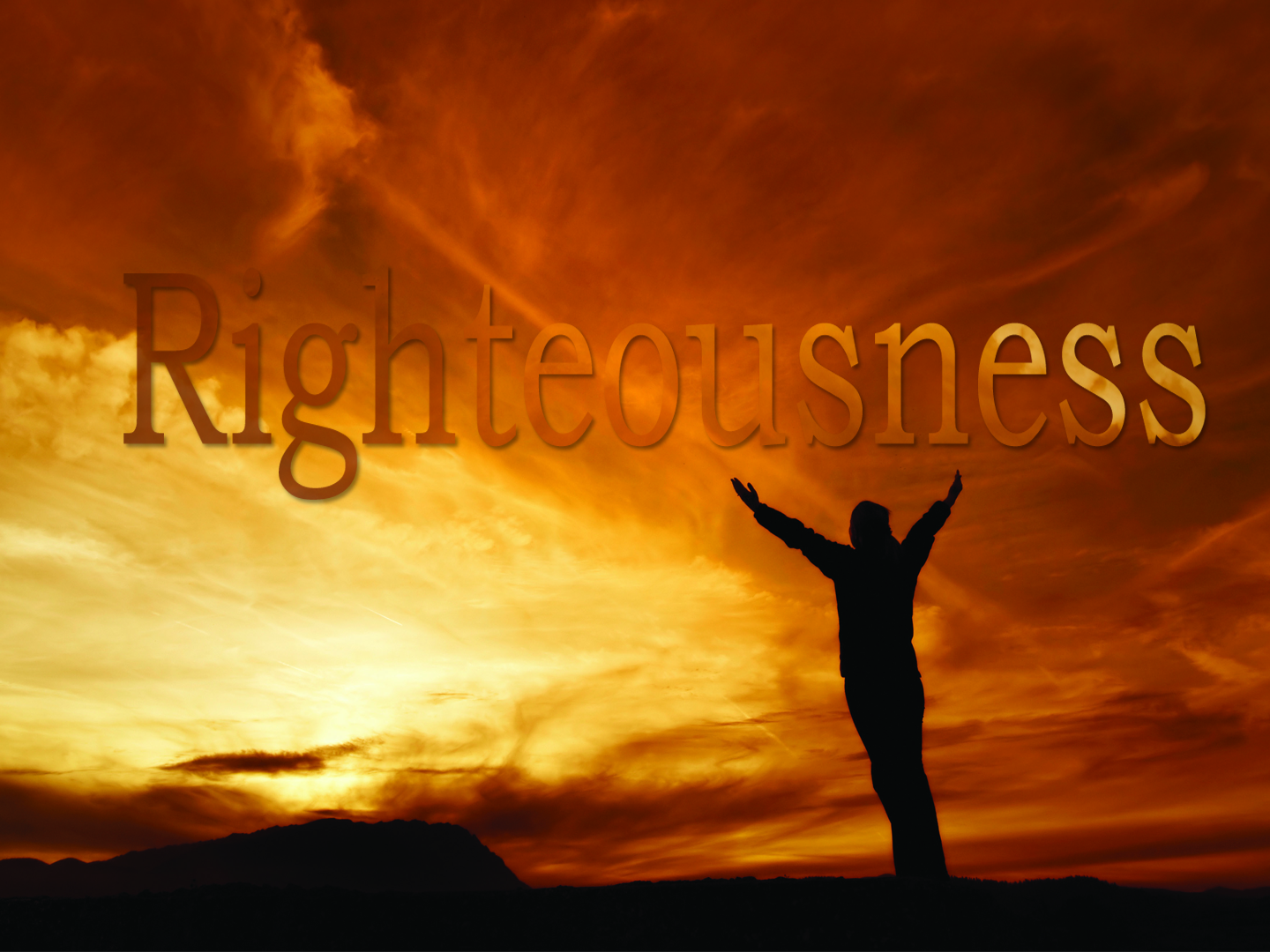 Revelation 2:21-23 New King James Version (NKJV) 21 And I gave her time to repent of her sexual immorality, and she did not repent. 22 Indeed I will cast her into a sickbed, and those who commit adultery with her into great tribulation, unless they repent of their deeds. 23 I will kill her children with death, and all the churches shall know that I am He who searches the minds and hearts. And I will give to each one of you according to your works.

People have taken for granted God’s precious gift of grace. They have been warned by the Lord and have behaved like Queen Jezebel herself – walking in pride and impure sexuality, lying, living lives of perversion, thinking they can do whatever they want. They have recruited others to help them proliferate their false ministries and God is now revealing the truth about who is good and who is false. The Jezebels accuse godly people of being evil while mocking God’s true remnant. They act like they are innocent victims while actually being the abusers with hatred, bitterness and vengeance in their hearts for God’s anointed out of jealousy. God said “Enough is enough! I know who is truly godly and who are evil and I will show the truth to all as you think you can get away with it. No – it’s time to repent or be cast onto a sickbed. It’s time to come clean, be honest, forgive, humble yourselves and repent – or you will pay a heavy price!” There is a modern-day showdown between the Jezebels and Elijahs going on all around the world today and the Lord will show to all who is good and who is evil.

God is getting ready to promote those who have suffered greatly with lies and accusations from the true Jezebels. The godly people who have ministries will grow supernaturally to positively affect even more people for the Lord, as they will be promoted into higher positions of authority and some will take on increased new roles in government, churches and in other ministries and be given broader authority. Those who accused them will be brought low, humbled and many will lose everything that they thought they had. Either you come in line with the Lord….or you will face the wrath of God. You can no longer mock the Lord and get away with it as He knows who you are behind closed doors.

How do you know who to believe is telling the truth? So many who are impure and evil can emulate the false Holy Spirit (Kundalini) and do signs and wonders and will try to act pure and godly but behind closed doors are sinful and sexually impure. You must look upon their fruit of their lives and ministries over time and talk to those who truly know who they are (who are not affected by the Jezebel spirit and lie). You must discern that their spirits are clean and pure. The Lord will give you dreams and visions and words to show you the truth.

The Lord knows who has good fruit and good motives and He will reveal to His people who are good to His godly prophets and those who have His heart. Proverbs 16:2 NLT “People may be pure in their own eyes, but the Lord examines their motives.” Many who have the same perverted hearts of others will have the backs and support those who are also Jezebellic. They have the same like spirits of perverseness. It’s just like when witches will protect other witches.

People operate in the Jezebel spirit because they were hurt in their lives and never got healed. When we grow up and get hurt by our fathers, mothers, step parents, other children, our siblings, received sexual violations, had abortions, etc we will hear the voices of demons telling us that we cannot trust anyone, we must get our own way, walk in fear, never admit to wrong doing or apologizing, controlling and manipulating other people to do what you want, walking in strong pride, having impure sexual actions and desires, gossiping, slandering and lying about people and then wanting to get into positions within leadership to control other people and ultimately stopping godly people from doing God’s work. When you are fake and you act like you are a victim, sweet and innocent yet lie and yell and create hell at home behind closed doors – then you are not a true Christian and God knows it and over time will reveal it to others who can hold them accountable.

16 I say then: Walk in the Spirit, and you shall not fulfill the lust of the flesh. 17 For the flesh lusts against the Spirit, and the Spirit against the flesh; and these are contrary to one another, so that you do not do the things that you wish. 18 But if you are led by the Spirit, you are not under the law. 19 Now the works of the flesh are evident, which are: adultery, fornication, uncleanness, lewdness, 20 idolatry, sorcery, hatred, contentions, jealousies, outbursts of wrath, selfish ambitions, dissensions, heresies, 21 envy, murders, drunkenness, revelries, and the like; of which I tell you beforehand, just as I also told you in time past, that those who practice such things will not inherit the kingdom of God. 22 But the fruit of the Spirit is love, joy, peace, longsuffering, kindness, goodness, faithfulness, 23 gentleness, self-control. Against such there is no law. 24 And those who are Christ’s have crucified the flesh with its passions and desires. 25 If we live in the Spirit, let us also walk in the Spirit. 26 Let us not become conceited, provoking one another, envying one another.

The only way to get freed from the spirit of Jezebel is to be honest about your struggles and what you have done to others, humble yourself from your strong pride, forgive all who have hurt you and repent for your sin and anger and bitterness towards God. Restored to Freedom has seen thousands around the world get freed from Jezebel and Leviathan and save their lives, heal their marriages and walk in purity and peace like never before.

2020 will be a huge year for people in the church to pursue inner healing, soul wound healing and deliverance. It’s time to stop pursuing another feel-good short term experience at church, listening to worship events that make you feel happy yet never change you, and hearing a short watered-down message that doesn’t cause you to live a more godly life. You need to start pursuing God with all your heart and desiring the fruits of the Holy Spirit through holy and righteous living. If you say you are a Christian yet you still strive, argue and fight with your spouse and children, lie, walk in pride, have perverse sexual issues – then you have major demonic issues that will not be fixed until you come to the end of your self and realize you need to humble yourself before God, be honest, forgive everyone and repent. When you are healed and delivered you will have peace, feel pure and hear the Lord like never before, discern when the enemy tries to speak to you and shut him down, and actually get along with your spouse (as long as they are delivered too), and love your children. I wrote a book called Pure and Spotless (Amazon) that helps you go deeper into what it really means to be a true Christian and not just fake it to try and make it.

4 Replies to “2020 is the Year to Pursue Righteousness”