ARE YOU GROWING SPIRITUALLY MORE FROM YOUR LOCAL CHURCH OR OTHER MINISTRIES?

Traveling around the US and Canada the last three years I have talked with thousands of church attending people and one of the biggest concerns that I have heard is that their local churches simply do not teach the meat but water down their messages to placate the ears of their patrons. They are not learning the key things in their spiritual walks that really make an impact in one’s life such as how to walk in the authority of Christ daily, how to hear the Lord’s voice and how to stop hearing from the enemy’s tormenting thoughts, and how to best handle their relationships in life and walk in peace.

Unfortunately when you are not taught the deeper spiritual things of God you suffer greatly in your mind, spirit and body.  Some churches will teach that you should live a godly life according to the Bible but few teach you how to actually do it. Many churches teach you that you are a Christian so you can’t possibly be influenced by demons in your mind and then recommend their people to go to their local doctors to obtain their advice for their mental anguish instead of teaching them how real the enemy is and how to get freed through having their soul wounds get healed by Jesus and commanding the demons that attached to their wounds to be gone like Jesus taught.

Unfortunately many local churches and pastors are not equipping their people as to how to battle the enemy day to day strategically and so instead the people are left struggling to learn on their own. 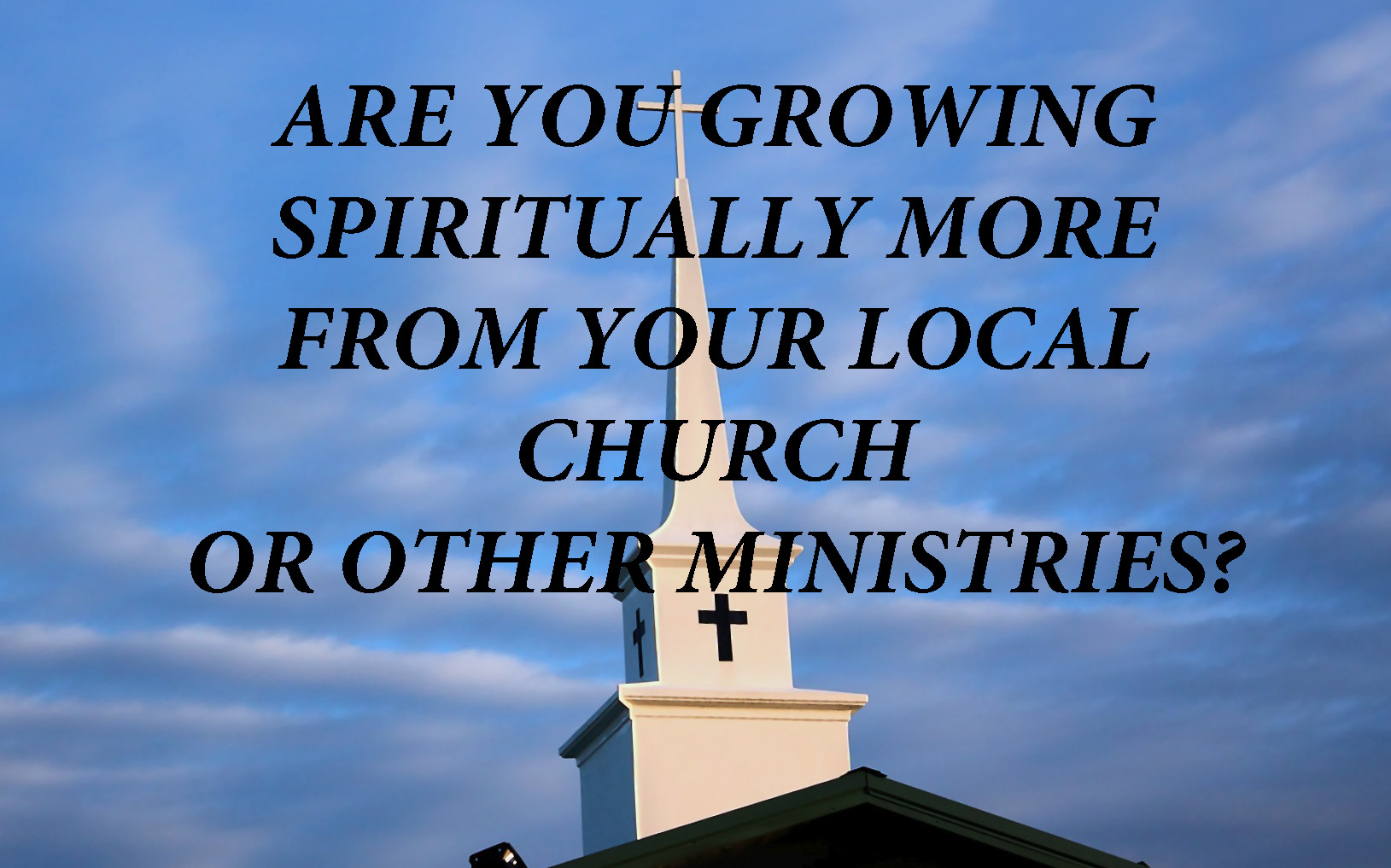 Many people are turning to other ministries that are available via the internet / social media / and offer books to help them with very real daily struggles that they are not getting help from locally. The Lord anoints people who have His heart who have endured challenging experiences and overcame them with very real results and testimonies to help others understand how they can do it too. People who are honest and live godly and pure lifestyles who genuinely want to help others overcome their pains from their pasts.

Unfortunately there are also people on social media who are not godly and some who are practicing witchcraft that you need to have discernment who to trust and who to avoid. Many promote themselves constantly who put pressure on people to give money to them which could be no different than local churches putting pressure on you to sow into their messages that have limited impact on your life.

People who have God’s heart will be more about truly helping others have breakthroughs in their lives more than they do about the pride they have in themselves. We should desire to seek out being taught from ministries that produce a good crop.

The Parable of the Sower

13 On the same day Jesus went out of the house and sat by the sea. 2 And great multitudes were gathered together to Him, so that He got into a boat and sat; and the whole multitude stood on the shore.

3 Then He spoke many things to them in parables, saying: “Behold, a sower went out to sow. 4 And as he sowed, some seed fell by the wayside; and the birds came and devoured them. 5 Some fell on stony places, where they did not have much earth; and they immediately sprang up because they had no depth of earth. 6 But when the sun was up they were scorched, and because they had no root they withered away. 7 And some fell among thorns, and the thorns sprang up and choked them. 8 But others fell on good ground and yielded a crop: some a hundredfold, some sixty, some thirty. 9 He who has ears to hear, let him hear!”

If you are not growing spiritually from your local church then why are you attending it? Think about the motives behind your heart. Are you attending because you feel like you have to attend somewhere even if it limits your faith and learning what is truth? Do you attend because it looks good to your family and friends even though you know God would teach you more on reading the Word on your own and walking in His full calling in your life? Do you attend because it’s the only option to be around other people who say they are Christians even though you know many behave in ungodly ways?

In late 2009 the Lord called me out of my local church that I was attending because He told me my faith would not grow to what it needed to be for the ministry He had for me if I stayed. So when I left attending a physical church for the first time in my life He had me watch teachings by truly godly men and women on TV and You Tube / Facebook and to listen to Him directly speak and teach me. I grew spiritually and sowed into those ministries. The church that I left had a church split shortly after I left as it was revealed that the senior pastor was having an affair.

Then I attended another local church that was growing but eventually the Lord had me separate from them as there was much corruption and sexual sin going on as the spirit of Jezebel was active in many of the church leaders. The Lord gave me a dream that the church was going to collapse because the pastors were not humble and operated in the spirit of Jezebel. Shortly after we had a personal meeting in front of my pastor of another church that I changed to – the church started losing people and it went from 200 down to 20 like I saw in my dream. The pastor refused to repent and God shut it down.

So we need to make sure to always be led by the Holy Spirit as to whom we come under and are taught by. The Lord will confirm. Many are turning to good solid ministries available online and with many whose lives have changed for the better who are seeing life changing growth for doing so.

25 But Jesus called them to Himself and said, “You know that the rulers of the Gentiles lord it over them, and those who are great exercise authority over them. 26 Yet it shall not be so among you; but whoever desires to become great among you, let him be your servant. 27 And whoever desires to be first among you, let him be your slave— 28 just as the Son of Man did not come to be served, but to serve, and to give His life a ransom for many.”

Many people attend local churches yet never grow spiritually and during the second half of their lives begin to reflect and unfortunately don’t see much fruit. They have attended church with no significant changes and wonder “what was my life all about?”

God doesn’t look at your local church attendance record – He looks to see if you had any godly fruit in your life and did you do His will?

21 “Not everyone who says to Me, ‘Lord, Lord,’ shall enter the kingdom of heaven, but he who does the will of My Father in heaven. 22 Many will say to Me in that day, ‘Lord, Lord, have we not prophesied in Your name, cast out demons in Your name, and done many wonders in Your name?’ 23 And then I will declare to them, ‘I never knew you; depart from Me, you who practice lawlessness