YOU CAN NEVER BEHAVIORALLY IMPROVE UNTIL YOU SPIRITUALLY CHANGE

As long as the enemy has legal rights to torment your mind with negative and evil thoughts (whether you have chosen to become a Christian or not) then you will never be able to truly change.   This is why when couples go to counseling and are told to love and respect their spouse better and behave more godly and loving…it rarely ever works.  They simply try to do better for a day or two and then slip back into the regular modes of striving and arguing because they keep hearing the enemy tell them they are right and their spouse is wrong and they have feelings of jealousy, rejection, etc. So what gives demons legal rights to torment people (Christians included)?

So what gives demons legal rights to torment Christians?  Their souls (mind, will and emotions) have been hurt and they still have feelings of unforgiveness and pain in their hearts for people who have hurt them because the demons keep giving them negative thoughts every day, They need to have Jesus come to heal them and then once the legal rights are taken away they can command the demons to go.  So what are some of the ways that the demons have legal rights over hurting people: 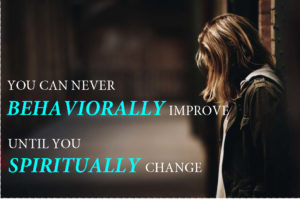 14 Pursue peace with all people, and holiness, without which no one will see the Lord: 15 looking carefully lest anyone fall short of the grace of God; lest any root of bitterness springing up cause trouble, and by this many become defiled;

34 He beholds every high (prideful) thing; He is king over all the children of pride.”

9 Then Naaman went with his horses and chariot, and he stood at the door of Elisha’s house. 10 And Elisha sent a messenger to him, saying, “Go and wash in the Jordan seven times, and your flesh shall be restored to you, and you shall be clean.” 11 But Naaman became furious, and went away and said, “Indeed, I said to myself, ‘He will surely come out to me, and stand and call on the name of the Lord his God, and wave his hand over the place, and heal the leprosy.’ 12 Are not the [c]Abanah and the Pharpar, the rivers of Damascus, better than all the waters of Israel? Could I not wash in them and be clean?” So he turned and went away in a rage. 13 And his servants came near and spoke to him, and said, “My father, if the prophet had told you to do something great, would you not have done it? How much more then, when he says to you, ‘Wash, and be clean’?” 14 So he went down and dipped seven times in the Jordan, according to the saying of the man of God; and his flesh was restored like the flesh of a little child, and he was clean.

8 ‘You shall not make for yourself a carved image—any likeness of anything that is in heaven above, or that is in the earth beneath, or that is in the water under the earth; 9 you shall not bow down to them nor serve them. For I, the Lord your God, am a jealous God, visiting the iniquity of the fathers upon the children to the third and fourth generations of those who hate Me, 10 but showing mercy to thousands, to those who love Me and keep My commandments.

So if you are ever told to stop sinning, behave nice, love and respect people and behave like a Christian but struggle mightily to do it, then the enemy has legal right to speak to you in your mind through thoughts and it really is impossible to change your behavior.  The National Science Foundation did a study in 2005 that found that up to 60,000 thoughts a day the average person could have of which 80% of the person’s thoughts are negative and 95% of the thoughts are the same thoughts as the day before.  So you can imagine how crazy it is to try to behave more Christlike until you successfully take away the legal rights of the demons tormenting your mind  – through having Jesus heal your soul wounds, forgiveness, repentance for pride and sin and being honest.

So the most successful way to take away the legal rights of the enemy is to ask Jesus to give you a word about the wounds and traumas in your life.  You may have been wounded thousands of times by your father or mother or step parent – so just ask Jesus for a word about your father or mother and the Lord will usually tell you that your dad or mom were hurt either by their mom or dad or a step parent or were sexually violated and so they were treating you out of the pain they were in and because their demons were telling them to hurt you.  Then you can forgive them for all the horrible things you suffered and then you can command all the demons to go to the pit that attached to those wounds.  If you were touched one time sexually by your sibling or neighbor or pastor, then the enemy gained legal rights to torment you and you would have struggled with impure sexual thoughts and actions for a lifetime.  So ask Jesus to come heal you concerning that initial situation and then command the demons to go that had legal right from that wound.  Continue doing this until all your wounds are healed and all demons expelled.

As you get your past soul wounds healed and demons delivered you will be able to finally have peace in your mind from the demons tormenting you every hour and then be able to behave more godly than ever before.  Then you will truly finally feel like a Christian. You will treat people with love, not argue and get angry or feel jealous and rejected or trigger on people.  You will hear the Lord and the Holy Spirit and have the fruit of the spirit evident in your life (love, joy, peace, patience, kindness, goodness, faithfulness, gentleness, and self-control – Galatians 5:22-23). Being restored to freedom in Christ feels so freeing.