GOD IS SPEAKING TO YOU : ARE YOU PAYING ATTENTION TO HIS SIGNS?

God speaks to us in many different ways.  Through our dreams, visions, in our thoughts, sensing in our spirit, our conscience, through other godly people, through numbers, words, clouds and literal signs on the road.  This past weekend I was doing ministry in Rapid City, SD for the first time and enjoyed visiting Mount Rushmore for the third time and then adventuring onto new roads (sometimes gravel) to go to new places including Spearfish Falls, Roughlock Falls on Friday and then on Saturday morning I felt led to go to a new place I had never been to called Custer State Park. I noticed that they had buffalo that roamed there so asked the lady who was at the desk at my Courtyard by Marriott hotel if she had heard of the place and she excitedly said yes and it was beautiful but not to approach any of their buffalo because I could lose my pants like a biker lady did the week before (I saw video of it that looked very scary for the woman who went unconscious during her getting flipped around violently but she fortunately survived).

So I hopped in my car and began to drive.  Whenever I drive I always stay tuned in to see what words I see on signs as well as what numbers and also look at the clouds and nature.  As I began to drive I saw a couple of eagles that were flying over the road that I drove on which has become very common as the Lord reminds me constantly of the eagles symbolizing that we are to have eagle eyes to see who people really are (many will act like they are Christians when they have evil hearts and minds and want to infiltrate our lives and hurt us, lie about us to others, etc.) and eagles will pick up snakes from the ground with their talons to take them up higher to their advantage and then drop them from the sky down to the ground to their death.  If they were to fight on land with the snakes then the snake would have the advantage.  It’s very symbolic for us not to ever get into a striving match of words with people who have demons because they will lie about you, accuse you of things, and try to wear you down so they can win.  We need to never engage with someone demonic in words and go to war in the spirit by prayer and fasting.

So once I entered into Custer State Park I was led by the Holy Spirit as to where to go as I had no idea because it is one of the largest state parks in America at 71,000 acres.  I began heading down a road that was leading to where they were supposed to have a lot of buffalo.  Once I was on the road for about 20 minutes I saw about 5 buffalo as they were laying down.  Then I saw several wild burros who were happily coming up to cars looking for food.  A couple of girls gave them carrots.  Then I finally arrived where all the buffalo were supposed to be.  And there were none.  No where.  I thought to myself…well this is a very boring park – hmmmm and was feeling very disappointed.  The Lord then spoke to me and said “I have a surprise for you.”  I responded with “Well up to now I have been disappointed as I just saw a few donkeys and the buffalo were lying down looking bored.” 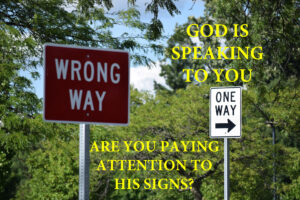 So about 10 minutes later…all of a sudden, I noticed a huge buffalo walking towards me on the paved road.  I stopped my car…got my iPhone out and turned the video on and the buffalo walked within 5 feet of my phone. I then told God “Thank you…that was cool” and He said “You are welcome.”  I felt good inside like the Lord wanted to bless me but I had to be patient and press through while not complaining like we all tend to do.  He told me He wanted to bless me with a good morning since I was going to be doing ministry for His people that night at my hotel and just because He loved to bless and surprise me.   So later I drove to have an early lunch at one of the five lakes in Custer State Park called Stockdale Lake.  I sat down at a picnic table alone and noticed 3 eagles circling in front of me above the large lake.  Then I looked again and saw 5.  Then I looked again and saw 7.  I thanked the Lord for the peaceful sight as it was so serene and peaceful.  He reminded me of how many people in the world had no peace as they would strive and argue and listen to demons tormenting them while missing out on all the beauty and peace.  Then an older couple drove up and sat down to fish about 50 feet from me.  I waved and commented how perfect of a day it was and they agreed.  I felt such a love upon me as the Lord was blessing me with loving people around me. Then a couple with their two children drove up and started to fish about 100 feet from me.  Then I finished eating and drove on.

I came upon another body of water called Legion Lake.  I joked with God and said “Did someone cast the demons of Legion out of a crazy man and they all ran into the lake so should I cast the demons out of the fish to get them freed but what if they all came back upon some pigs and made them crazy to run all over the park?”  He laughed.

Then I decided to drive onto Needles highway as I noticed a couple of tunnels through rocks and mountains. One of the tunnels was called Needles Eye which made me think of the Bible verse:

24 And again I say to you, it is easier for a camel to go through the eye of a needle than for a rich man to enter the kingdom of God.”

The term “eye of a needle” is used as a metaphor for a very narrow opening. It occurs several times throughout the Talmud (Jewish religious law).

So as I drove my car through the tunnel I took a picture of it out my sunroof that looked very cool and yet scary.  It was only a little more than 8’ wide and there were many cars and trucks that had to wait on each other to go through it.  I heard the Lord say that it was very symbolic of what it takes for people to get to heaven as a small percentage will make it as many who attend church have not gone through healing of their past wounds and deliverance from listening to the demons tormenting them.  Therefore most who attend church religiously will not be allowed to enter the kingdom of God.

I then did ministry that night and there was a man who was deeply hurt in his past who received much breakthrough.  The Lord told me that a man was going to come who would get delivered because he truly wanted it.  Also another woman who attended wanted to become certified under my Restored to Freedom ministry so she could help others get freed as she had dealt with a lot of people with the spirit of Jezebel in her life.

Then on Sunday morning when I drove back eight hours to the home I am staying at south of Minneapolis, MN I ran into many signs where the Lord was speaking more to me.

First, I passed the Badlands.  The Lord again reminded me that symbolically we all live in the badlands of the world because people with demons are everywhere including all the churches. That just like when we drive through the badlands and our cars get dusty and dirty that we have to periodically get our cars washed to stay clean. We also need to stay clean from people who hurt us, lie about us, betray us, act like a Christian while stabbing us in the back by forgiving everyone every time they hurt us.  If we don’t then the enemy will have legal rights to attack us in our minds and torment us (including our physical bodies.)

I then drove past a lot of signs for Wall Drug in Wall, SD.  I was reminded here that I have not had to take any prescription drugs, over the counter meds or any vitamins since the Lord taught me about His divine health protection as long as I didn’t get into fear.  I have now been healed of everything since 2009 and enjoy a prescription drug and OTC free life with no health insurance saving me a lot of money.

Then I drove past a town in South Dakota called Winner and the Lord reminded me that I win whenever someone with demons tries to come against me and lie about me.  That His anointing increases on my life and more blessings always come after an attack.  I always was reminded about President Trump and how many people have hated on him yet he continues to win and will win re-election for the 2020 campaign.

Then when I continued on interstate 90 I entered Freeborn County.  Again the Lord reminded me that America is the land of the free and when you give your life to Christ and then get delivered that you feel free from all enemy attacks and it is like you are born again in a free way – thus Freeborn.  Then I noticed another billboard on I-35 going north towards Minneapolis that talked about “Face of Freedom” from a bail bond company.  When you get delivered your face changes from looking stressed, seductive and angry to peace and joy.  You have the face of freedom!

There are so many signs that the Lord shows us if we are just at peace to see them and listen to the Lord speak to us.  I see the number 17 or combinations of numbers that total up to 17 at least 30-50 times a day.  17 means overcoming the enemy and complete victory as Jesus arose from the dead on Nisan 17.  So keep your spiritual eyes turned on every day and night and watch how the Lord will speak to you and lead you to more truth and revelation then you can imagine!