THE LORD IS CAUSING SPIRITUAL EARTHQUAKES TO CLEANSE HIS CHURCH

THE LORD IS CAUSING SPIRITUAL EARTHQUAKES TO CLEANSE HIS CHURCH

The church has been infiltrated by people who have risen to positions of leadership including pastors, prophets, teachers, intercessors, deliverance ministers, worship leaders, security, etc. who have been living fake lives trying to impersonate a Christian when in reality they are living in violation of the Bible. They have been living lives in much sin, sexual impurity, pride, lies, deception, gossip, controlling others, listening to demonic spirits, etc. God has given them much time to repent but they have refused and continue to live in their evilness, sexual impurity, corruption and sin, hurting people worse who were already wounded.

God’s church and leaders have been living in sin and refusing to repent so God is saying “Enough – I will pull back the covers of your sin to expose to all in order to humble you before Me, for your own good as your salvation is at hand.” So watch and see as the spiritual cleansing moves into high gear now as you will not believe all the evil that is being exposed.

Jesus was especially angry with the Pharisees and scribes of His day as He knew their evil hearts and how prideful they were. They took advantage of people, padded their pocketbooks, acted like they were godly when behind closed doors they were not. In Matthew 23 Jesus called them “white washed tombs, hypocrites, vipers and snakes.”

What does the Bible say about people who know what the Bible says, act like they are godly, yet choose to live a sin-filled, selfish life full of the flesh and are hurting people every week?

“Whoever commits sin also commits lawlessness, and sin is lawlessness. And you know that He was manifested to take away our sins, and in Him there is no sin. Whoever abides in Him does not sin. Whoever sins has neither seen Him nor known Him. Little children, let no one deceive you. He who practices righteousness is righteous, just as He is righteous. He who sins is of the devil, for the devil has sinned from the beginning. For this purpose the Son of God was manifested, that He might destroy the works of the devil. Whoever has been born of God does not sin, for His seed remains in him; and he cannot sin, because he has been born of God. In this the children of God and the children of the devil are manifest: Whoever does not practice righteousness is not of God, nor is he who does not love his brother.” 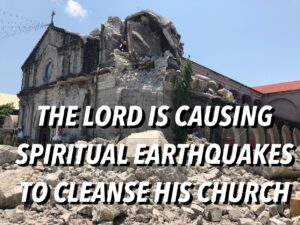 “What then? Shall we sin because we are not under law but under grace? Certainly not! Do you not know that to whom you present yourselves slaves to obey, you are that one’s slaves whom you obey, whether of sin leading to death, or of obedience leading to righteousness? But God be thanked that though you were slaves of sin, yet you obeyed from the heart that form of doctrine to which you were delivered. And having been set free from sin, you became slaves of righteousness. I speak in human terms because of the weakness of your flesh. For just as you presented your members as slaves of uncleanness, and of lawlessness leading to more lawlessness, so now present your members as slaves of righteousness for holiness. For when you were slaves of sin, you were free in regard to righteousness. What fruit did you have then in the things of which you are now ashamed? For the end of those things is death. But now having been set free from sin, and having become slaves of God, you have your fruit to holiness, and the end, everlasting life. For the wages of sin is death, but the gift of God is eternal life in Christ Jesus our Lord.”

‬ “For if we sin willfully after we have received the knowledge of the truth, there no longer remains a sacrifice for sins, but a certain fearful expectation of judgment, and fiery indignation which will devour the adversaries. Anyone who has rejected Moses’ law dies without mercy on the testimony of two or three witnesses. Of how much worse punishment, do you suppose, will he be thought worthy who has trampled the Son of God underfoot, counted the blood of the covenant by which he was sanctified a common thing, and insulted the Spirit of grace? For we know Him who said, “Vengeance is Mine, I will repay,” says the Lord. And again, “The Lord will judge His people.” It is a fearful thing to fall into the hands of the living God.”

So the state of people in the church today is a mess and God is cleaning it up by exposing those who have refused to repent for their sin for their own good. He wants to try to get them to truly repent for their sins and live a godly life and truly make it to heaven. Sin should be rare in a real Christian’s life instead of regularly practiced every day and believing the lie that many have been sold that by grace they can continue to live in sin and have no reason to pursue righteousness and still get into heaven.

“19 Now the works of the flesh are evident, which are: adultery, fornication, uncleanness, lewdness, 20 idolatry, sorcery, hatred, contentions, jealousies, outbursts of wrath, selfish ambitions, dissensions, heresies, 21 envy, murders, drunkenness, revelries, and the like; of which I tell you beforehand, just as I also told you in time past, that those who practice such things will not inherit the kingdom of God.”

Remember Ananias and Sapphire in Acts 5 who died immediately after lying about the amount they sold their property for to Peter? Grace allows us not to die for our sin or to have to sacrifice animals for our sin while we pursue to get our soul wounds healed and delivered and then sanctified from sin and not desiring to continue to live in sin. When people truly want to live in obedience according to the Bible then they need to be shown how to through truly forgiving everyone who hurt them so that God can then forgive them for their sins.

By repenting for their pride because pride got Lucifer kicked out of heaven. God hates pride, lies, murdering the innocent, evil, and strife.

So be ready as the spiritual earthquakes shake up everything in order to cleanse God’s church. Turn to serve the Lord with your whole heart and soul. Forgive everyone who has ever hurt you, repent for your pride and sin. Command the demons to go to the pit from your soul. Get right with the Lord. Revival cannot come until the church leaders are obeying God’s Word and not choosing to live a sinful life like the Pharisees. For those who refuse to repent the Lord will remove from His church. The goats are being exposed from God’s real sheep.