The momentum is building in getting people unstuck from their pasts

It is exciting to see as more people around the world who have been stuck in past hurts and pains from father and mother wounds are now seeing huge breakthroughs.  They are now having revelation that it is a spiritual problem and cannot be fixed by the latest self help books or by going to counselors or pastors their entire lives.  They are realizing that they are dealing with a spirit that has been whispering to them for a lifetime, causing them to behave out of fear and anxiety which produces pride, control, manipulation, deceit and often times an impure selfish sexual side.

When a child grows up with significant pain from either not knowing their father, being rejected, controlled or even treated very harshly by a father or mother, then the enemy will start whispering to them that they cannot trust them and need to look out for themselves.  They must control all their circumstances and only do what the voice inside their head is telling them.  It causes them to become very controlling of those that they have relationships with and thus drives away all their loved ones from them.  The Jezebel spirit is a very real invisible foe that is extremely hard to be freed from when you have no clue what you are dealing with.  The Leviathan spirit typically is a partner in crime and causes people to have arrogance and pride and twists things in their mind causing much confusion for their victims as they talk in circles.  You often think you are going crazy when dealing with someone who suffers from it. 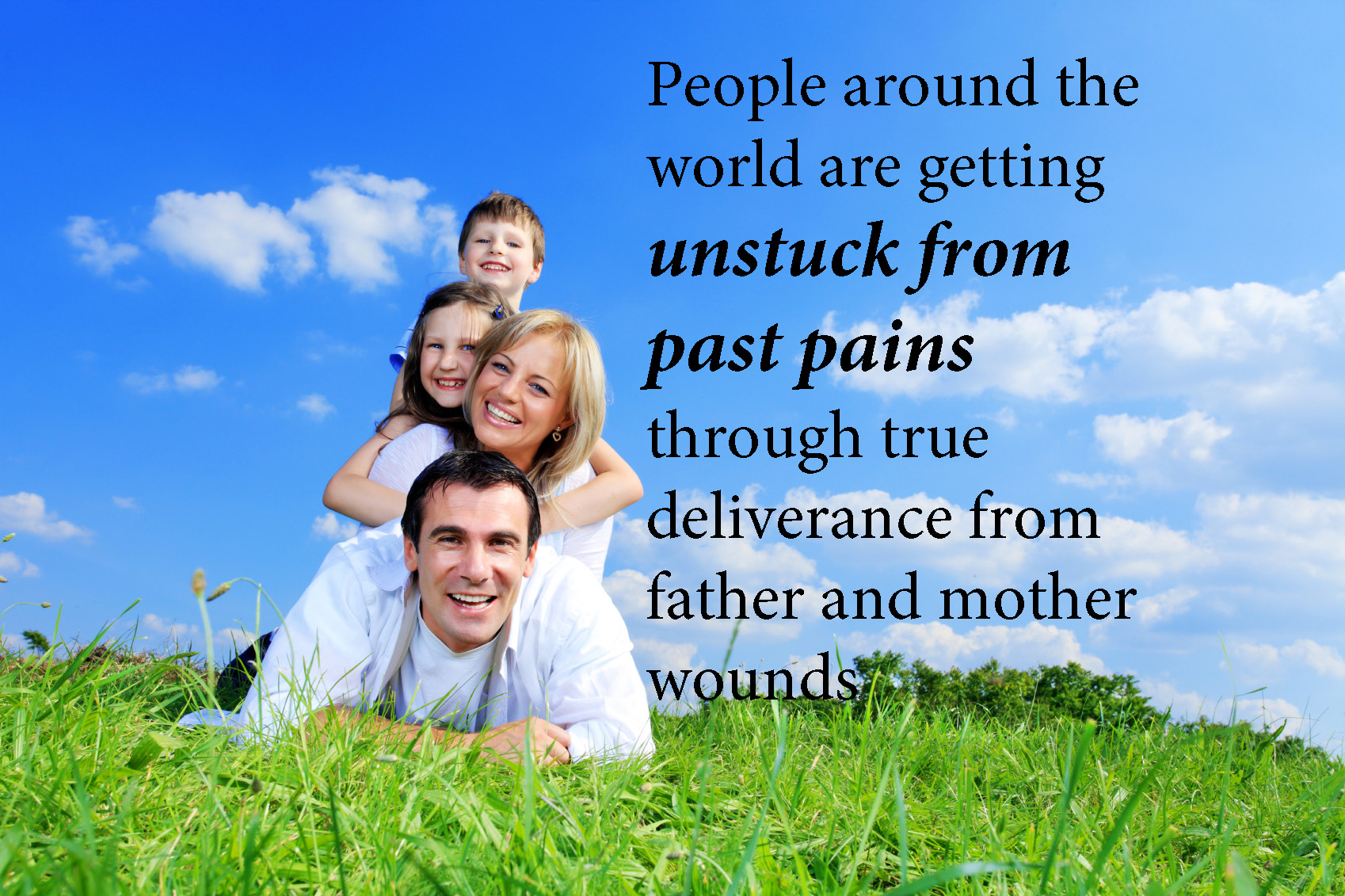 But there is hope when people finally realize that they are dealing with demonic spirits.  For so many people in life know of people in their lives who are struggling with these behaviors.  Most of those people also have strong back and neck pain that never gets healed no matter how many times they go to their chiropractors.  Reason being is that the Leviathan spirit wraps around a person’s spine and twists.  You can not only receive Leviathan due to father (or very harsh mother) wounds.  If you ever had a relative involved with Freemasons you can also receive it, due to their opening a door with their oaths that they state which give Leviathan a legal right to come in and cause torment and physical pain.

But there is hope, as I am now seeing thousands every month around the world who have been getting revelation of what has been keeping them stuck for a lifetime.  I have seen women in their 80’s and 90’s declaring the powerful prayers in my book Restored to Freedom (available on Amazon in paperback and Kindle) and taking their authority to command the spirits to be gone from themselves and then instantly they have changed to become free.  In some cases they may still have certain mindsets to become completely healed from various tendencies, but at least the spirits that had a legal right are now gone from the daily torment to compel them to be controlling and mean to their loved ones.

This past week was a joyous time for many who got free.  People feel amazing after they have either had a personal session with me and taken their authority to command the spirits to go, or have declared their freedom from these spirits in group sessions.  Also people on Facebook have been sharing my Worldwide Deliverance Sessions from Facebook LIVE and thousands and thousands around the world are getting free.  Many more have also been ordering my book Restored to Freedom from Amazon and getting freed, then sharing the book.

In some cases you have to be very sneaky to get a person who has the spirit at a strong level to read the book.  So hundreds are purchasing the book on Amazon and sending it as a gift so the person receiving it does not know who sent it to them and then they are curious and begin to read the book and get set free.  I have seen so many whose lives get unstuck instantly after realizing why they have been behaving so controlling for so long and then their whole countenance changes and they become a different person to live with or talk to.

Once those breakthroughs occur, it is important that the person continues to train their mindsets to not speak out words of negativity as life and death is in the power of our tongues. Also it is key to pay attention to where your thoughts come from and then shut down the enemy from whispering to you through either taking your authority and telling him where to go, or praying in tongues.

I am very excited as the Lord has been opening up so many doors for me in ministry to connect with people and ministries of influence so that thousands and hundreds of thousands of more people everywhere can become aware.  This month Charisma Magazine will be sending out their first eBlast promotion to make people aware of the book and the results to over 100,000 people via email.  In June Charisma will run a full page ad in their popular magazine (that my mother used to subscribe to when I was a young child), do another eBlast and release a podcast available for download on their website.  Also a sponsored ad and book excerpt will be promoted.

The Lord has also been connecting me with major leaders and pastors in the New York City / New Jersey / DC / VA / PA area as I will be ministering and speaking from May 30 until June 15th in the East Coast.  God is on the move and it is very exciting to hear testimonies and see testimonies posted on my Facebook ministry page at www.facebook.com/restoredtofreedom as so many lives are truly being changed.

So to determine if someone may be struggling with the Jezebel spirit look at their behavior:

There is hope and freedom available and it is through taking one’s authority and commanding the spirits to go.  There is only peace in one’s life when commanding spirits that have a right to torment a person to go once recognizing they are there.  Marriages are being saved at a record pace around the world.  Ministries and churches are becoming purified and strife and confusion is being removed.  Only the exposure of the truth can do this.  When the 800 lb gorilla in the room is tolerated, then eventually the church will be shut down if not dealt with.  That is what Restored to Freedom has been doing on a global scale and it is growing rapidly every month.  In April California got a major dose of freedom.  In June the East Coast will be seeing freedom come there.  You can follow me on Facebook or on my website by looking at the events schedule.  Get ready world….it is time to wake up and realize what has been going on in your lives.  FREEDOM !!!!!!