INCREASING YOUR IMMUNITY OVER SPIRITUAL WARFARE

When you choose to serve Jesus Christ you will experience attacks from the enemy.  The more that you choose to do for the Lord’s Kingdom the more attacks you will endure.  The more lives that you choose to reach for Jesus the more attacks the enemy will bring to you.  It would be easier to take if the attacks just came from those in the world but when the attacks largely come from people within the church then it becomes more challenging to take.  When people who attend church lie about you, come against your character, betray you, and come against the godly things that you are doing then it becomes more challenging.  I had never wanted to do full time ministry until in January 2009 at a Morris Cerullo convention I received words from the Lord from three prophetic people.  They were all indicating that I would be in charge of some kind of ministry that would help many people around the world.  I then told the Lord that I didn’t care what I had to endure – that I wanted to impact the most people as possible for Christ and if I had to go through hell and back that I would do it.  I’ve definitely had to endure many strong personal attacks from people with the spirit of Jezebel and who are witches due to the impact of my inner healing and deliverance ministry around the world – but it has all been worth it to see so many thousands of lives freed and living productive lives for Christ now. 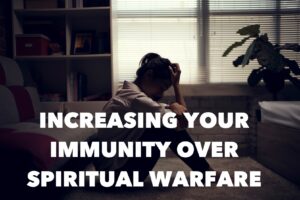 22 And you will be hated by all for My name’s sake. But he who endures to the end will be saved.

5 Therefore, having been justified by faith, we have peace with God through our Lord Jesus Christ, 2 through whom also we have access by faith into this grace in which we stand, and rejoice in hope of the glory of God. 3 And not only that, but we also glory in tribulations, knowing that tribulation produces perseverance; 4 and perseverance, character; and character, hope. 5 Now hope does not disappoint, because the love of God has been poured out in our hearts by the Holy Spirit who was given to us.

12 Blessed is the man who endures temptation; for when he has been approved, he will receive the crown of life which the Lord has promised to those who love Him.

Knowing that whoever chooses to serve Christ will be attacked – how can we better handle these attacks.  How can we minimize our pain?  When people who attend church get triggered by the true Jesus within your heart – how can you be strong and not break?

While spiritual warfare attacks are part of the territory with anyone who is making a large impact to come against the enemy and affect many lives – understand that when you are doing exactly what the Lord wants – that He will reward and bless you for your sacrifice and suffering.  There comes a solace when you know that you are doing what the Lord has called you to do.  No regrets.  Just obedience.  Then when you come before God at the end of your life you will hear “Well done, my good and faithful servant!”