Operating in the Jezebel spirit is serious business

When people choose to allow the Jezebel spirit to operate in their lives or tolerate people that have it in their church, they do not realize just how serious business this is with God.    Revelation Ch 2:20-23 says “20 Nevertheless I have a few things against you, because you allow that woman Jezebel, who calls herself a prophetess, to teach and seduce My servants to commit sexual immorality and eat things sacrificed to idols. 21 And I gave her time to repent of her sexual immorality, and she did not repent. 22 Indeed I will cast her into a sickbed, and those who commit adultery with her into great tribulation, unless they repent of their deeds. 23 I will kill her children with death, and all the churches shall know that I am He who searches the minds and hearts. And I will give to each one of you according to your works.” 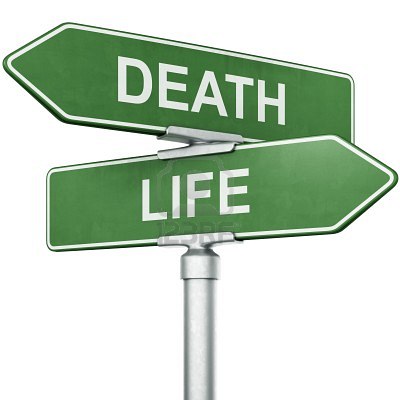 I know of a church whose senior pastor allowed a woman who had an extremely strong Jezebel spirit to attend his church.  He even encouraged her to divorce her husband who she had abused her entire marriage (which was her 4th divorce).  He would not even allow her husband to talk with him to discuss the extreme abuse that he suffered.  He allowed her to even do ministry within his church.  The Lord had given her husband a dream that He was going to give the pastor time to repent for what he did, but if he chose not to that He would shut the church down.  A year after the man confronted the pastor, the church was shut down and sold.

God does not mess around when the Jezebel spirit is operating in the church. If you allow someone to operate, or you have the spirit itself, you better admit the truth, confess it, repent, and get rid of it.  Yes the Lord is patient, but eventually the truth will come out and the Lord will shut you down.  In some cases it could turn deadly.

A few months ago I ministered to a woman from New Zealand who told me about a story involving her sister.  Her sister had the Jezebel spirit.  She was very controlling, manipulative and deceitful her entire life.  She was in her 50’s at the time that her sister decided it was time to address it to get her freed. She talked to her family and they agreed to confront her lovingly with the truth and get her to command the spirit to be gone from her.  When the family engaged the sister, instead of her admitting it and deciding to command it to be gone, she denied she had it. She took 2 steps to walk away from her family, and then she died.  God gave her time to repent but she chose to deny it. It was her last chance.

So what should you do if you have the Jezebel spirit in your life? Get rid of it now.  How do you do that?  You need to admit that you could have it, and then take your Christ given authority to command it out of you.  Just like Jesus taught us to do.  Demons are real and they do torment people, even those that profess to be Christians in the church.  My book Restored to Freedom (available on Amazon) has seen thousands around the world who have gotten free.  I include powerfully anointed prayers of deliverance near the end of the book, when prayed, that are getting people completely free, changing their lives and restoring their marriages.  They also can finally hear the Lord clearly and have much more peace in their lives.  And most get healed from back pain and other infirmities.

The Jezebel spirit is real and affects those who have experienced father wounds (and deep mother wounds).  The enemy begins to whisper to a young child and continues to tell them that they cannot trust anyone as they get older. Thus they become very controlling and manipulative and deceitful.  They operate in marriages filled full of strife. They also attend churches around the world.  It is time to get pure and righteous before the Lord before it is too late. Life and death is up to you. I would recommend choosing truth and life.

One Reply to “Operating in the Jezebel spirit is serious business”