When people get hurt growing up (wounds from their father, mother, step parents, sexual violations / porn) the enemy comes in to speak to their thoughts and cause them not to trust people or God.  The enemy then causes them to listen to him and believe that only their own decisions are the best but then they end up making bad decisions.  Then after their decisions turn out to have bad results – instead of owning it – they blame others for the bad results.  Having relationships with prideful people is never a good thing.  They believe that you are fortunate that they would give you any of their precious time or allow you to enjoy their presence.  They expect you to give them anything that they want and that you should bow down to them in honor.  They want all of your money so they can spend it on what they want never caring about your desires. Then when it comes to a sexual relationship – there is no intimacy whatsoever and you must gratify all their desires whenever and however they desire it.

Unfortunately pride blocks all intimacy with those who love you.  It causes people to want to distance themselves from you because they cannot stand to be around you.  It sabotages your relationships with others. Pride blocks intimacy with God. Pride actually got Lucifer kicked out of heaven as he wanted to be like God.  Pride blocks you from seeing the huge issues in your own life while you point out the minor issues of others. 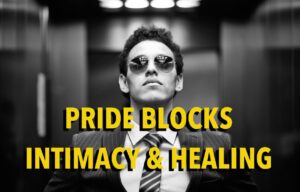 Pride also can keep you from being healthy as you usually need to humble yourself before the Lord and then the healing will manifest.  If you keep walking in pride the enemy has legal rights to come against you.

5 Now Naaman, commander of the army of the king of Syria, was a great and honorable man in the eyes of his master, because by him the Lord had given victory to Syria. He was also a mighty man of valor, but a leper. 2 And the Syrians had gone out on raids, and had brought back captive a young girl from the land of Israel. She waited on Naaman’s wife. 3 Then she said to her mistress, “If only my master were with the prophet who is in Samaria! For he would heal him of his leprosy.” 4 And Naaman went in and told his master, saying, “Thus and thus said the girl who is from the land of Israel.”

So he departed and took with him ten talents of silver, six thousand shekels of gold, and ten changes of clothing. 6 Then he brought the letter to the king of Israel, which said,

Now be advised, when this letter comes to you, that I have sent Naaman my servant to you, that you may heal him of his leprosy.

7 And it happened, when the king of Israel read the letter, that he tore his clothes and said, “Am I God, to kill and make alive, that this man sends a man to me to heal him of his leprosy? Therefore please consider, and see how he seeks a quarrel with me.”

8 So it was, when Elisha the man of God heard that the king of Israel had torn his clothes, that he sent to the king, saying, “Why have you torn your clothes? Please let him come to me, and he shall know that there is a prophet in Israel.”

9 Then Naaman went with his horses and chariot, and he stood at the door of Elisha’s house. 10 And Elisha sent a messenger to him, saying, “Go and wash in the Jordan seven times, and your flesh shall be restored to you, and you shall be clean.” 11 But Naaman became furious, and went away and said, “Indeed, I said to myself, ‘He will surely come out to me, and stand and call on the name of the Lord his God, and wave his hand over the place, and heal the leprosy.’ 12 Are not the Abanah and the Pharpar, the rivers of Damascus, better than all the waters of Israel? Could I not wash in them and be clean?” So he turned and went away in a rage. 13 And his servants came near and spoke to him, and said, “My father, if the prophet had told you to do something great, would you not have done it? How much more then, when he says to you, ‘Wash, and be clean’?” 14 So he went down and dipped seven times in the Jordan, according to the saying of the man of God; and his flesh was restored like the flesh of a little child, and he was clean.

19 Then he said to him, “Go in peace.” So he departed from him a short distance.

Pride will hurt your relationship with your spouse and others as no one likes to be around people who are arrogant and think they know everything.  The Bible states that God actually hates pride.  It separates you from Him.

“These six things the LORD hates, Yes, seven are an abomination to Him: A proud look, A lying tongue, Hands that shed innocent blood, A heart that devises wicked plans, Feet that are swift in running to evil, A false witness who speaks lies, And one who sows discord among brethren.”

“But He gives more grace. Therefore He says: “God resists the proud, But gives grace to the humble.””

“Humble yourselves in the sight of the Lord, and He will lift you up.”

18 Pride goes before destruction, and haughtiness before a fall.

“A man’s pride will bring him low, But the humble in spirit will retain honor.”

Deliverance requires that we are honest in every area of our lives.  We must truly forgive people from our hearts who have hurt us in our past.  We must repent for our pride and our other sin.  Pray that the Lord humbles all the pride out of your life because if we have any we need to get rid of it so the enemy will not get a toe hold in our lives again.

Jesus was a meek man which means strength under control, but He also was very humble even though he knew everything and could operate in miracles.  Most people who are prideful do not really know who they are in Christ.  They compensate by acting like they are assured of themselves but in reality, they are very insecure.  They make jokes and act like they are tough when they are actually hurting little boys and girls inside that never got their soul wounds healed and demons delivered.  So ask the Lord to show you all the areas in your life that you need to humble yourself in and watch what He shows you.  People love to be around humble people who consider others more important than themselves.

3 Don’t be selfish; don’t try to impress others. Be humble, thinking of others as better than yourselves.