I was born January 2, 1967 in a small town west of Fort Wayne, Indiana named Columbia City in a hospital that my great, great, Uncle Dr. O.V. Schuman had agreed to have built by donating $50,000 (about $500,000 in 2016 dollars) to Whitley County. In order to build the hospital the county had to raise $50,000 in matching funds by a certain date and they just barely met the deadline.  Prior to the new hospital being completed people had to go to the Wolf Lake hospital but in 1951 the Whitley County Memorial Hospital opened at last.  Dr. Schuman was a caring man who once treated a man who had a farming accident and knew that the man was not well off so he only charged him 25 cents. 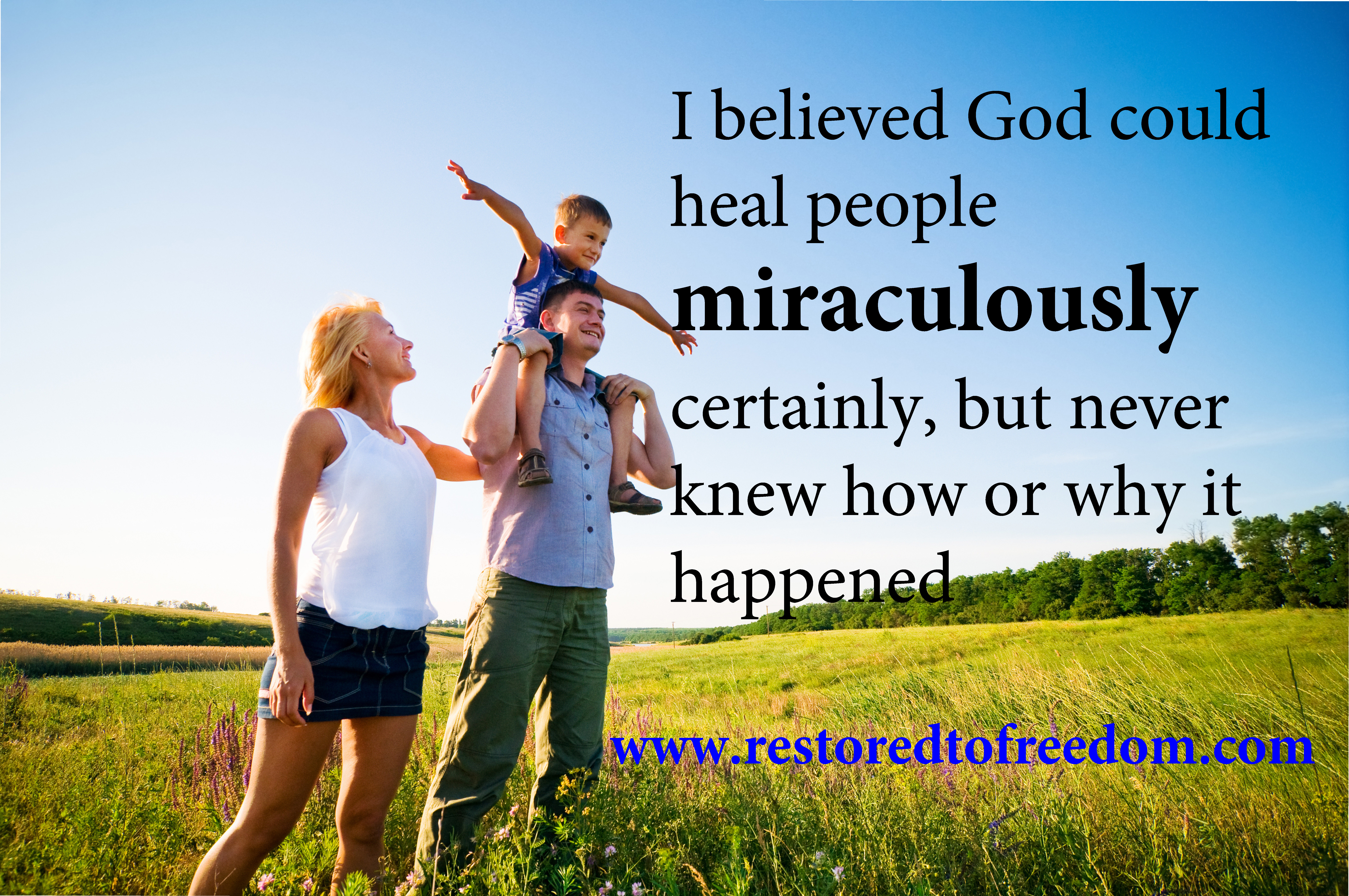 Later someone mentioned to Dr. Schuman that 25 cents did not cover the cost of the bandages and gauze that he had used on the man.  Dr. Schuman replied “Twenty-five cents is all that he can afford to pay – I would rather bill him twenty-five cents that he can pay and make him feel like a man than charge him more and make him feel like a deadbeat.”  I would like to think that some of Dr. Schuman’s love and compassion for people was flowing through the Schuman bloodline to me as I feel the exact same way about loving and helping people that are in need or are hurting.

Another interesting fact about Columbia City, is that the greatest female healer in world history had started her healing ministry just blocks from where I grew up.  Maria Woodworth-Etter was born July 22, 1844 in New Lisbon, Ohio (Columbiana County) and had been working in ministry for many years with the goal of converting non-believers into Christians. The Lord spoke to her and told her He wanted her to start healing the sick and diseased.  She was not persuaded as she felt dealing with a lot of sick people would be more of a bother than she wanted.  Finally relenting, she agreed to start praying for the sick on March 12, 1885 in Columbia City while having revival meetings at the Universalist Church and a skating rink. She lingered in Columbia City for four weeks conducting healings and seeing a great revival break out resulting in many converts.  She was convinced that Jesus wanted her to heal people in order that they should become believers and no longer live in pain and sin.

I grew up in a house at 358 North Line Street which was just down the street from where Maria saw her first miracles.  I never knew that was where she started her healing ministry until August of 2015 when I happened to sit next to Maria’s great, great, great grandson, Jack Welch, at a meeting northwest of Muncie, Indiana.  I talked with him at length and he said the past few years he was retracing the footsteps of her ministry. He had visited Columbia City recently and said that she at one time had meetings at the First Church of God.  Ironically as a young boy I was a regular attendee at the First Church of God in Columbia City and went to the nursery school while my mother played the piano and organ for the church.

Also in 1918 Etter founded what is today Lakeview Church located on the west side of Indianapolis which I had attended a couple of times when my uncle and aunt attended. I also had engaged the church to host a dinner to raise funds for a missions program called Light For The Lost.  It was incredibly astonishing to me to learn years later that my footsteps had crossed with Maria’s and how highly anointed she was for healing people even though I had not heard of her name until 2009.

When I was five years old we moved our family from living in Columbia City to a 160 acre farm about 8 miles west near a very small town called Larwill (where my parents were married).  We lived on a high hill and one winter as we were driving up the hill the car could not make it to the top.  So we had to climb out of the car and try to pull ourselves up the icy hill.  I fell and my leg was in the path of one of the tires as the car started to slide back down the hill and at the last second I was able to pull myself up and move my leg clear of its’ path. I was thankful to God that I did not lose or injure my leg (I have never suffered a broken bone in my lifetime).  When I was in fourth grade I began to have issues with my throat and often becoming sick would miss school. In due course the doctor told my parents I would need to have my tonsils removed.  I returned to the Whitley County Memorial Hospital and spent the night after surgery in December of 1978.  I couldn’t have known it was to be the 2nd and last time that I would step into a hospital needing any medical attention (the first being when I was born).

While living at our farmhouse my grandmother Wilma Finch from Lafayette, Indiana had prayed for me to receive the gift of praying in the Spirit (tongues) at age thirteen – which I received.  My grandmother always wanted one of her grandchildren to be involved in ministry but I knew that I would never be that person – or so I thought.  I enjoyed attending churches when I was younger (Troy Presbyterian which was located north a couple miles from our farm) and some small Pentecostal churches in Warsaw and Columbia City before attending Calvary Temple in Fort Wayne, Indiana when I was a teenager.  I never had any desire to ever be in ministry. I would read my Bible occasionally but never saw any miracles in my life. I knew that every now and then we would hear of someone being healed but it was very rare.  I believed God could heal people miraculously certainly, but never knew how or why it happened. I simply thought they were living a good life and God wanted to bless people with some healing every now and then.

When I was in my early teen years I had a bike accident that cut open one wart on my knee and it spread to become about twenty warts throughout my legs.  I had to go to a clinic in Warsaw to have them removed.  I will never forget what the Asian doctor said when I asked him how much it would cost.  He told me $30.  I was relieved to find out that all of my warts were only going to cost my dad $30 – what a deal.  But then he said “No” – and began to point to each wart that he was burning off and said $30, $30, $30, at that moment I felt so bad that my dad was going to have to pay about $500-600 for all of them to go.  I learned that day just how expensive healthcare is. I dreamed of the day I could avoid dealing with costly medical issues.

When I attended middle school at Pierceton I suffered from headaches and my mother took me to a chiropractor who determined that I had scoliosis (curvature of the spine). Subsequently, he began a regular treatment plan to gradually restore my back. It seemed to lessen the number of headaches but I was not permitted to play basketball my entire seventh grade year. I was sad since I was the starting center in sixth grade but was able to return to playing my eighth grade year.